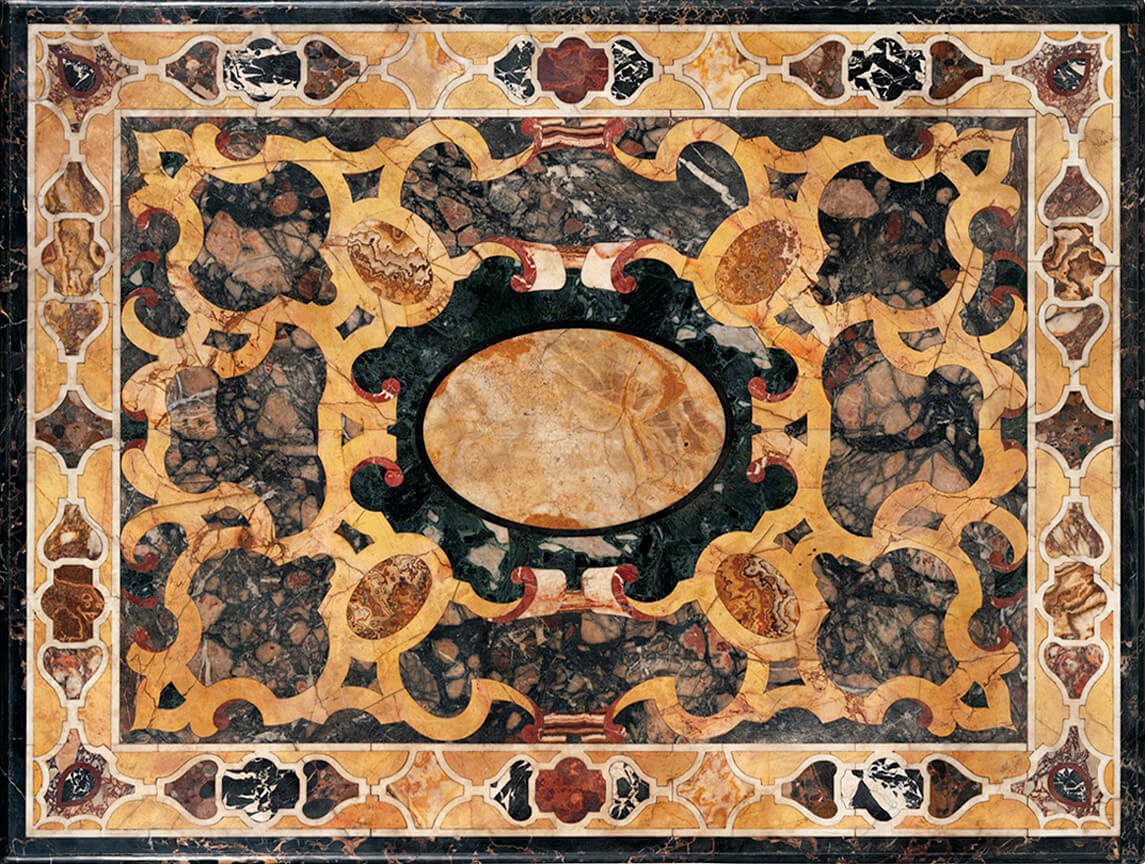 Though focused on architectural mementos, occasionally our attention wanders. We are only human.

Several years ago, at a sale in Italy, we came across a very beautiful inlaid marble tabletop, apparently from the latter part of the sixteenth century. After the usual rigmarole involving export licenses, customs clearances, etc., it found its way here. Lucia was soon in touch with a leading authority, eventually visiting her in Florence, and translating her illuminating expertise.

Lot 20 is our inlaid marble tabletop. Today, we received a link to its catalog entry.