The 1817 Annales Encyclopediques offered a desultory notice of the death of Monsieur Drahonet, “peintre decorateur des batimens de la couronne” – ‘paint decorator of the walls of the Crown.’ While, this annual noted, his funeral had been decorously solemn, replete with military units, music, and clergy, and while an upcoming exhibit at the Royal Museum of Paris was to include the painting (four feet high by three feet) on which he’d been at work at the time of his premature parting, “la reputation de M. Drahonet ne se soit entendue bien au dela de Versailles” – ‘the reputation of M. Drahonet did not extend well beyond Versailles.’ Other accounts were a bit more charitable.

This painter’s best known work pictures the demolition of an older pavilion wing fronting a courtyard at Versailles.

More characteristic, however, are gouache paintings like that offered here, apparently intended as theatrical backdrops. These are richly-rendered architectural scenes, historicizing views incorporating the range of styles to induce the appropriate sentiments. If Drahonet’s reputation extended only as far as the Palace at Versailles, his architectural reach was much more ambitious, including ancient Egypt, Greece, and Rome, as well as historical periods and styles less distinct, though apparently equally distant and romantic.

The offered view is spatially complex, clearly cognizant of Piranesi’s Carceri. In the foreground, a Doric-styled temple sits on a base with a simple arched opening. Very wide stairs lead first to a basin, then past monumental lions towards an opening at the base of a wide, coffered arch, framing a variety of Romanesque arcades and, in the distance, a round temple like that at Tivoli. It’s a scene extraordinarily grand. 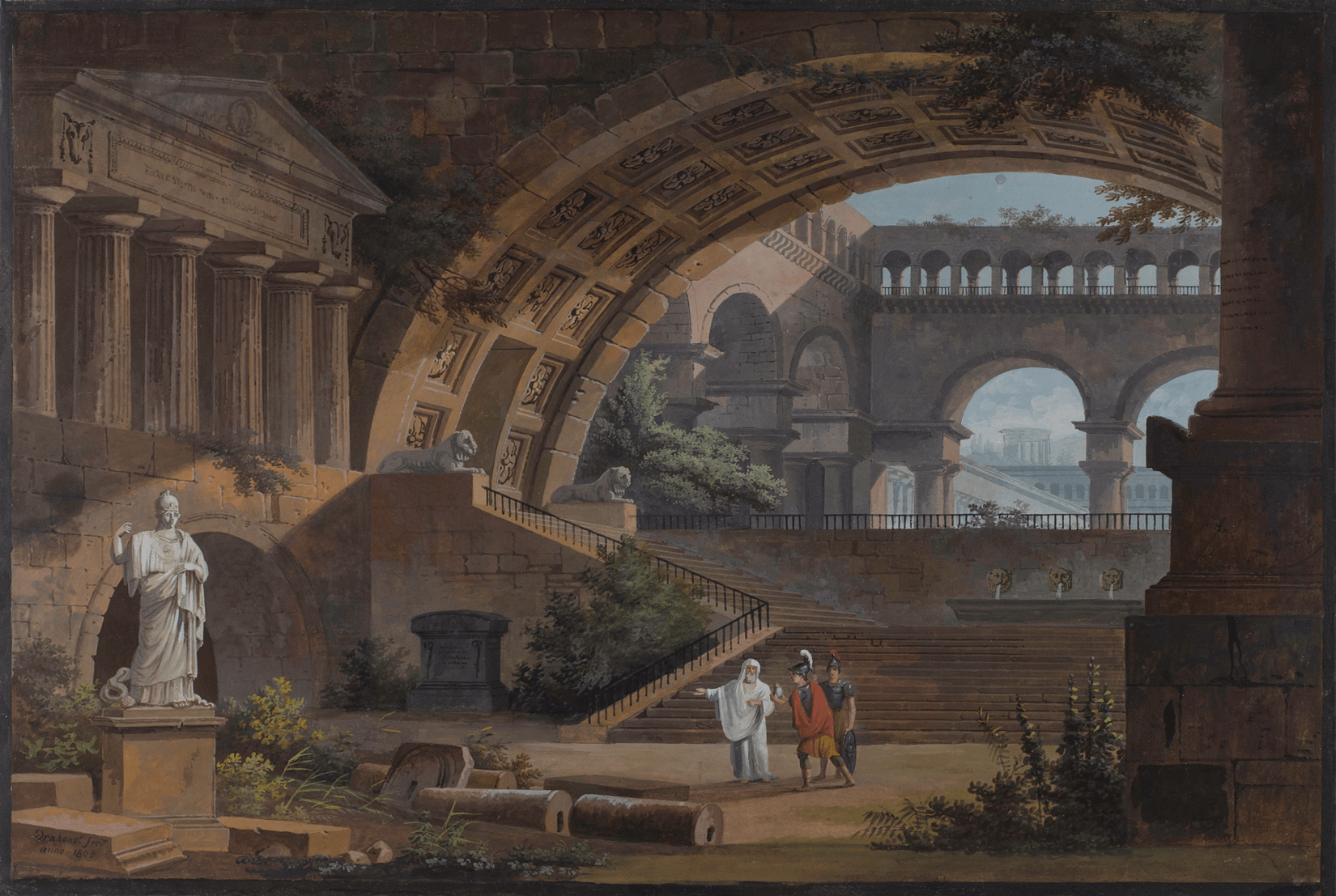