Micromosaic View along the Tiber

The great majority of Rome’s Grand Tour souvenirs focus on just a single monument – the Colosseum, Pantheon, ruined temples galore – and little surprise; the Eternal City possesses such an overabundance of the richest subjects. And yet, when we think of Rome, we think of wider ranging vistas and landscapes, as well.

At least since the 17th century, a favorite scene has been that looking west, downstream along the River Tiber, the Ponte Sant’Angelo reaching across to the Castel on the right bank, the dome of St. Peter’s rising in the middle distance. The Dutch/Roman artist Gaspar van Wittel (Amersfoort 1652 – 1736 Rome) painted among the earliest, most compelling of these views. Piranesi followed, in the later 18th century, with etchings from nearly the same vantage point. By the mid-19th century, the well-known scene was taken up by micro-mosaicists, including those working at the Vatican Mosaic Workshop.

Founded in 1576, the Workshop was originally tasked with reproducing, in minute, colored glass tiles, many of the Vatican’s old master paintings which, already then, had begun to deteriorate. This view along the Tiber is characteristic of their work, with very finely-worked, subtly-colored, glass mosaics complemented by a range of colored grouts; the entire picture set within a frame of black marble. (Interestingly, some who worked at the studio, including the well-known Cesare Rocchegiani, later set up their own, competing enterprises). 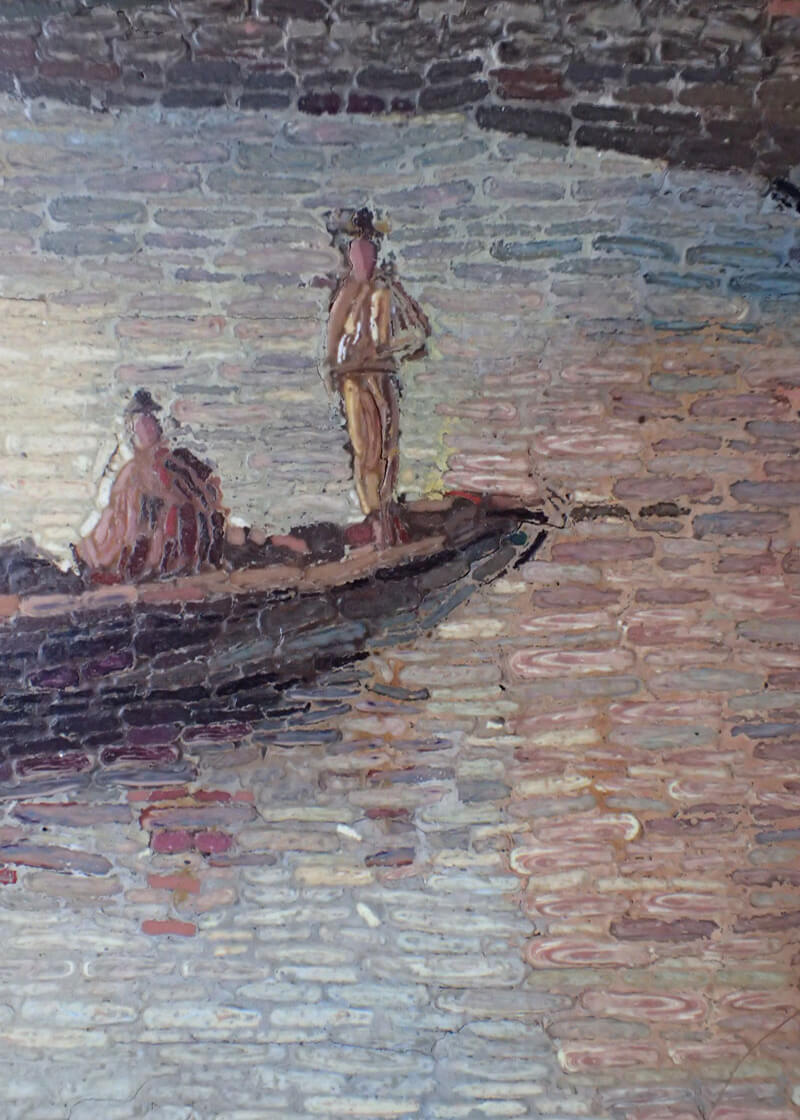 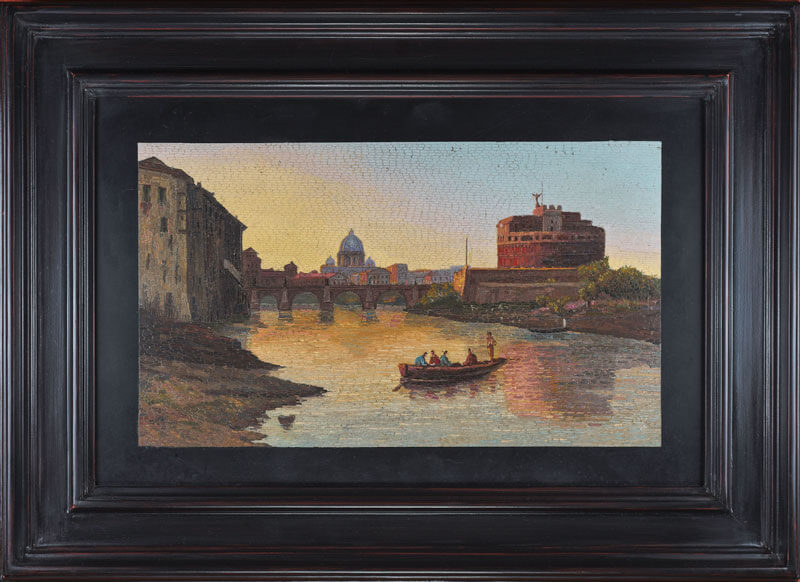 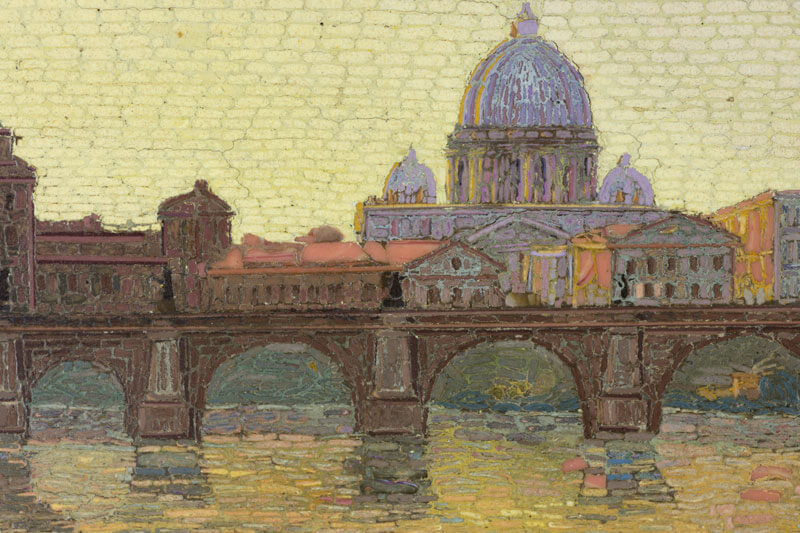