The art of micromosaics began as a Byzantine phenomenon which, in 1576, was embraced by the Catholic Church with the formation in Rome of the Vatican Mosaic Studio. Still, it was not until the late 18th century that micromosaic pictures became a staple souvenir of the Grand Tour.

Across the 19th century, there were many makers, predominantly Roman, of these mementos. Standards and abilities varied widely, with the best micromosaics being assembled from literally thousands of tesserae, colored glass tiles so small that they are difficult to see except under magnification.

This necklace’s views of ancient and Baroque Rome, assembled in eleven graduated, gold-banded miniature plaques fixed to a gold chain, are examples of micromosaic craft at a very high level. Each oval view is set into a frame of polished black Belgian marble.

Included are (from the top right): Temple of Minerva, Tomb of Caecilia Metella, Campadoglio, Temple of Vesta, Pantheon, St. Peters, Temple of Vespasian, Colosseum, Arch of Titus, Baths of Caracalla and Temple of Saturn. 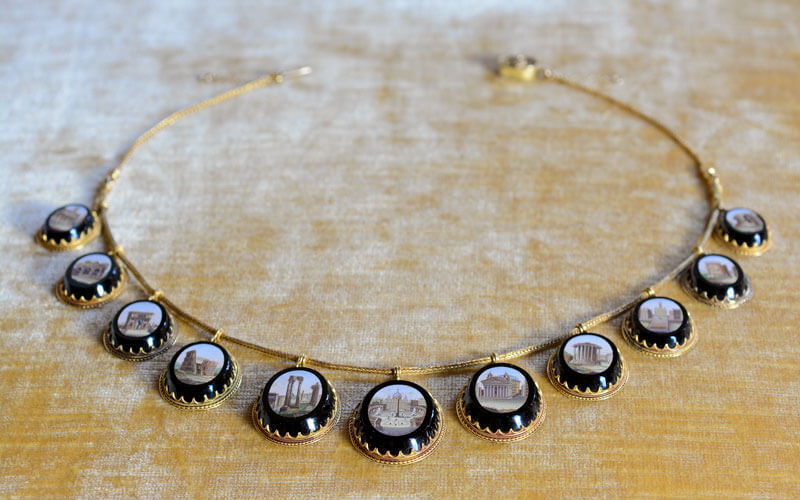 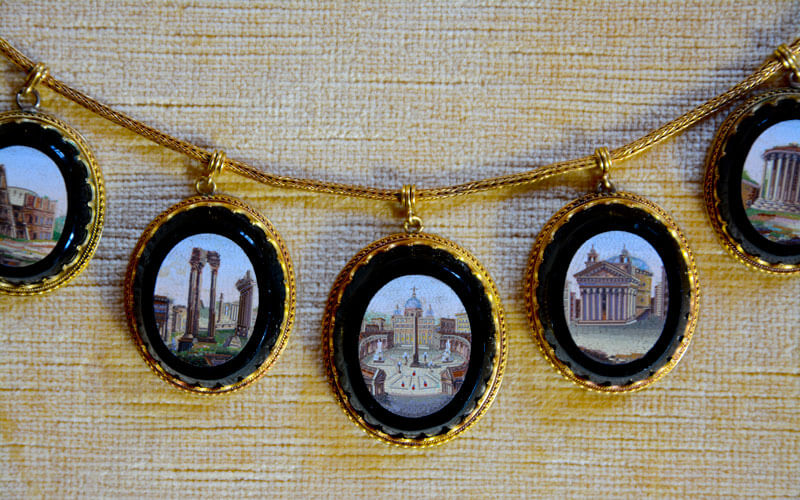 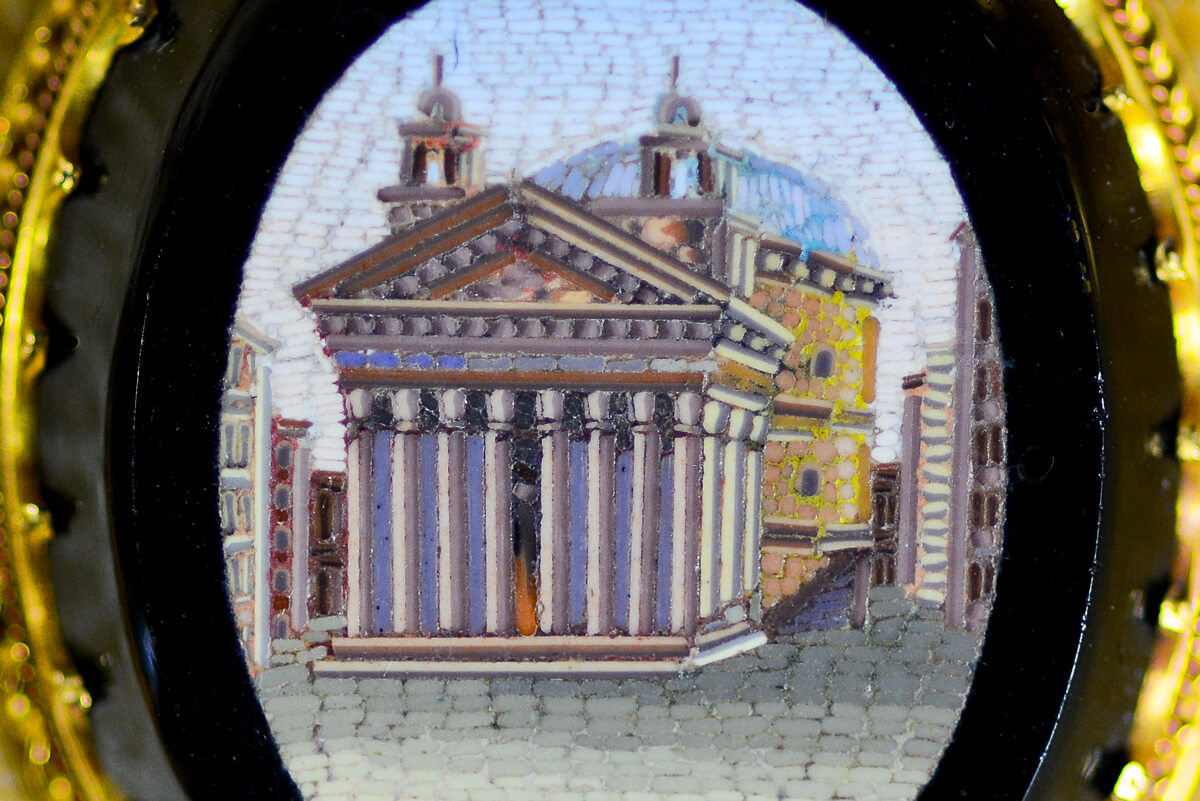 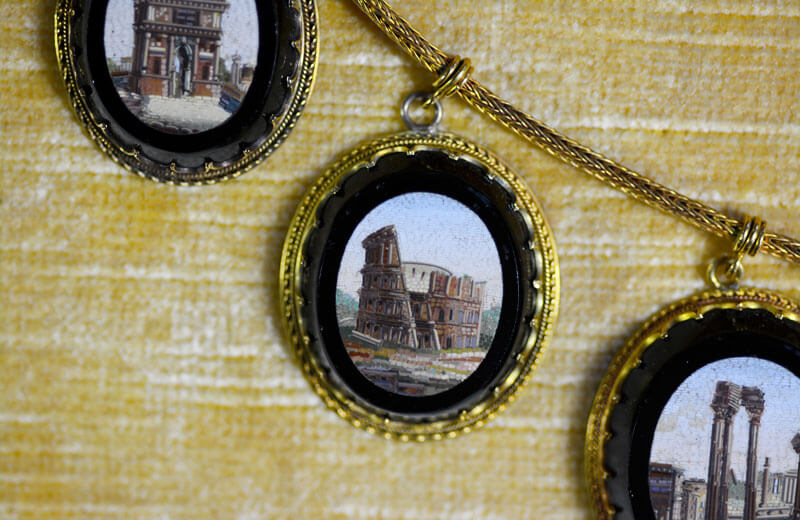