Design for a Vase with Grotesques

Little is known of this prodigiously-talented and prolific Roccoco draftsman. It appears he maintained his own Roman silversmith business until 1755, when he joined the much larger studio of Luigi Valadier, with whom he must have been acquainted. Bettati remained there until his death.

For a designer whose several dozen extant drawings portray a range of the most deluxe wares and who worked in Rome’s leading decorative arts shop, only a single object – a silver reliquary in St. Peter’s – has been definitely linked to Bettati’s designs. This has led Art historians to speculate that he produced his elaborate drawings, often split vertically, to simultaneously show two possibilities for a single object, less as practical depictions to which artisans might adhere, and more as artistic fancy. These historians do not explain why this form of fancy would have proved impractical, especially in a studio as highly skilled as Valadier’s.

This drawing, picturing a very elaborate silver vase and lid is among Bettati’s largest and most ambitious and, in fairness, describes an object very difficult to make. More than others of his ‘split-view’ pictures, this unusually asymmetrical drawing explores different decorative conceptions for each of its object’s sides. And yet, both sides are alike in their swirling, nearly fluorescently Rococco flourishes and abundance of in-dwelling figures, some human, some mythological, manifesting at nearly every turn – a universe in a vase!

If Art is good and fair, someday we’ll discover the vase described by this remarkable drawing.

Other, similar though slightly less florid, Bettati drawings are dated to ca. 1765 – 70, approximately halfway through his tenure in Valadier’s shop. The watermark on this paper is consistent with this dating. A quarter century ago, the discovery of a trove of the studio’s drawings included several dozen by Bettati, attesting to his important role in the studio.

This drawing possesses an interesting history, at one time part of the collection of architect Walton Neil Letson, who worked in the Office of the Capitol Architect during the Kennedy Administration. He assisted with the restoration of the White House and, Jackie Kennedy wrote in a letter recommending Letson, that “His knowledge and good taste as well as his consideration … have all served to make this association an extremely satisfactory one for me.” Around this time, the engaging architect was also acquainted with Harry Truman and, before that, Edward, Duke of Windsor.

Bettati’s drawings are held in the collections of several museums, including the National Gallery of Washington, D.C., Cooper-Hewitt, Philadelphia Museum of Art, Kunstbibliotek in Berlin, and Ryksmuseum in Amsterdam. 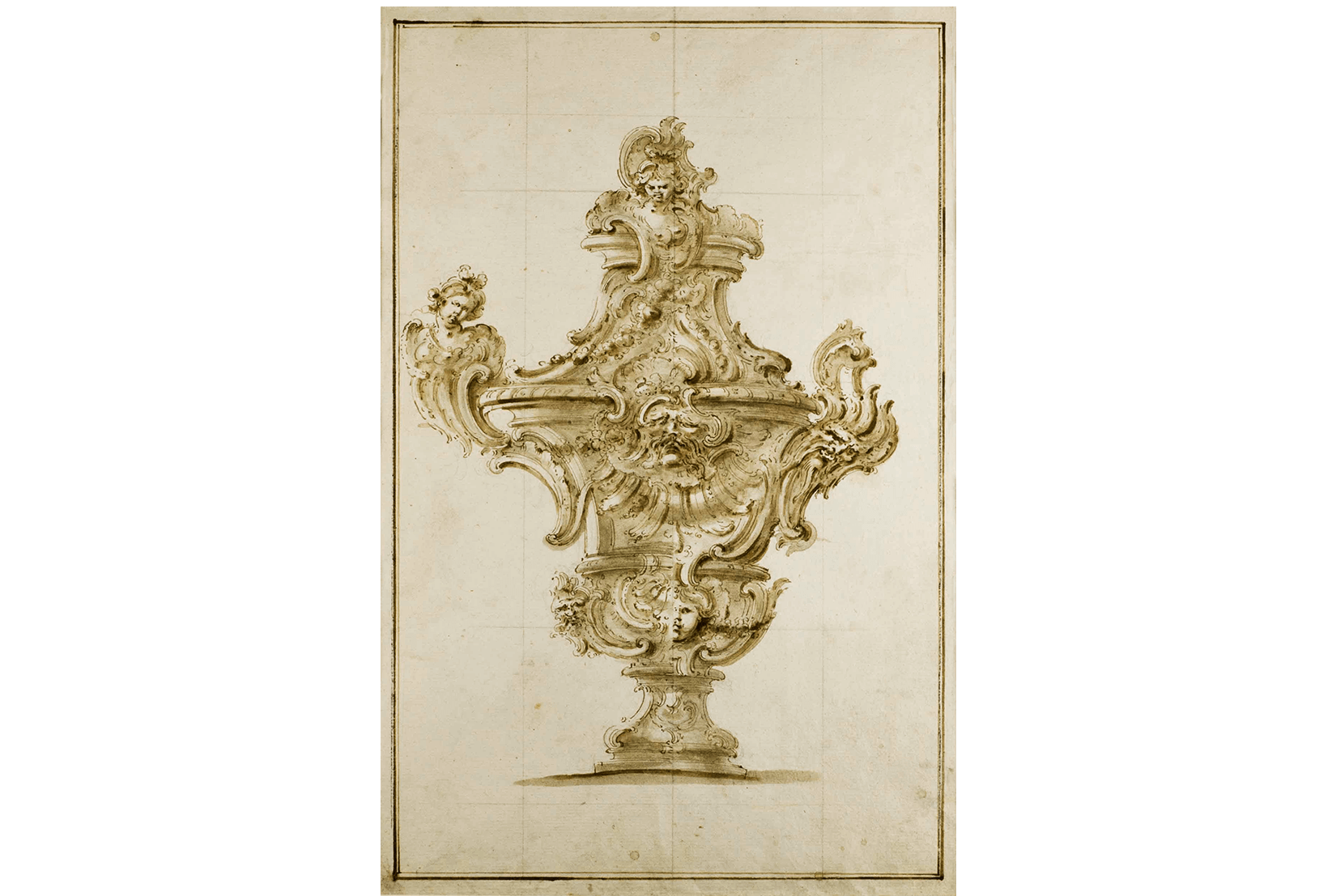