By 1749, this preternaturally talented French draftsman (and Grand Prix winner) had reached Rome, where he was to study at the French Academy with the master of Italian capricci – Gian Paolo Panini. However, by 1754, “creative differences” caused a parting of the ways.

Soon thereafter, Clerisseau turned antiquities merchant, dealing at very high levels in finds from current excavations. The artist was a busy man, for, also in 1754, he met the British architect Robert Adam, and was soon in his employ, directing the preparation of a mammoth, very splendidly illustrated (the drawings, uncredited, are Clerisseau’s) volume documenting Roman Emperor Diocletian’s palace in Dalmatia.

Back in Rome, he somehow befriended the famously prickly Piranesi, and it appears, famed French painter Claude-Joseph Vernet. In 1752, the three of them set out on a sketching tour of Hadrian’s Villa at Tivoli. Before beginning to draw, the three first had to burn away the undergrowth, where lurked colonies of venomous snakes and scorpions. By 1767, Clerisseau had returned to Paris. In 1785, he consulted with Thomas Jefferson concerning the proposed Virginia State Capitol building in Richmond.

This lovely pair of gouache drawings dating from early in Clerriseau’s Roman period and before his falling out with the French Academy, are characteristic of his oeuvre – precisely, yet softly rendered, with a great deal of detail, emphasizing the ruins’ grandeur, dwarfing those who wander among them.

While one of this pair is an imaginary view – vedute ideate, the other – a vedute reale, pictures a real place, the Tomb of the Curiatii and Horatii; along the Appian Way.

When we found these drawings, they were laid down on board. Once free of their mounts, our conservators discovered that the reverse side of one held an intriguing, vertically-formatted capriccio sketch, depicting a triumphal arch, with what may be an equestrian figure in the foreground, with an indistinct structure beyond.

By far the largest group of Clerisseau drawings is held at the Hermitage, St. Petersburg. Clerisseau sold there to Catherine the Great. Other of his drawings are in the collections of the Louvre and Metropolitan Museum, New York. 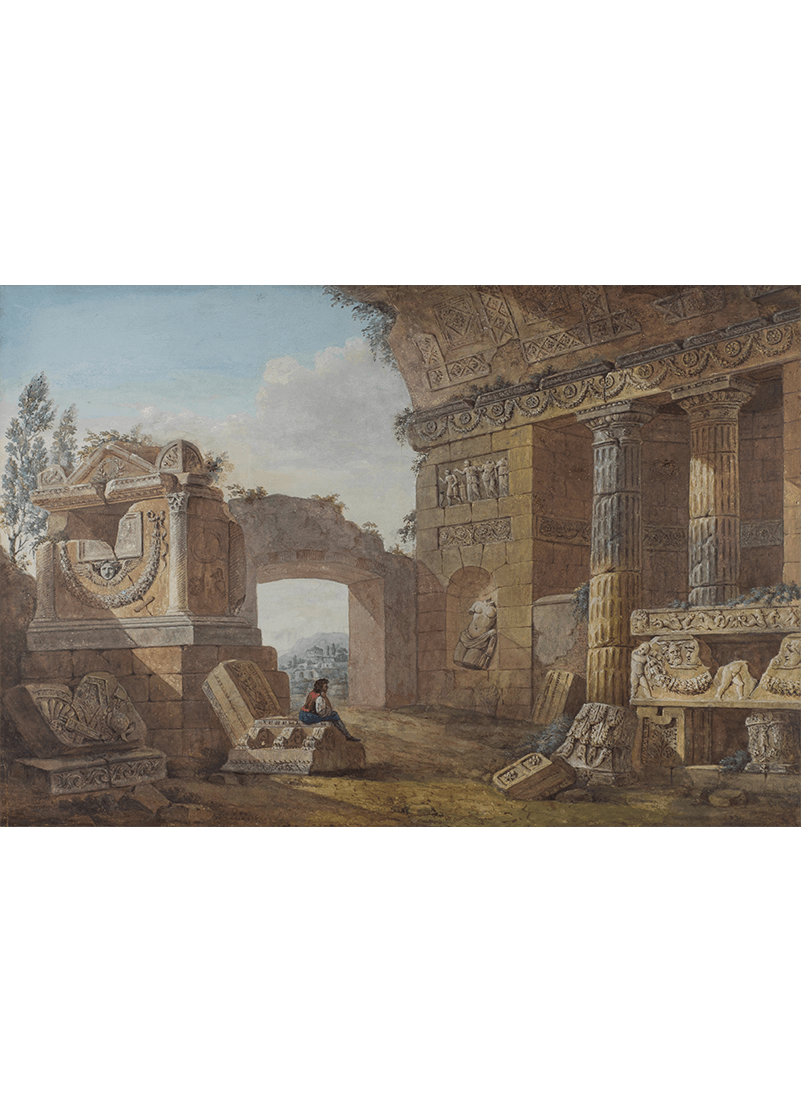 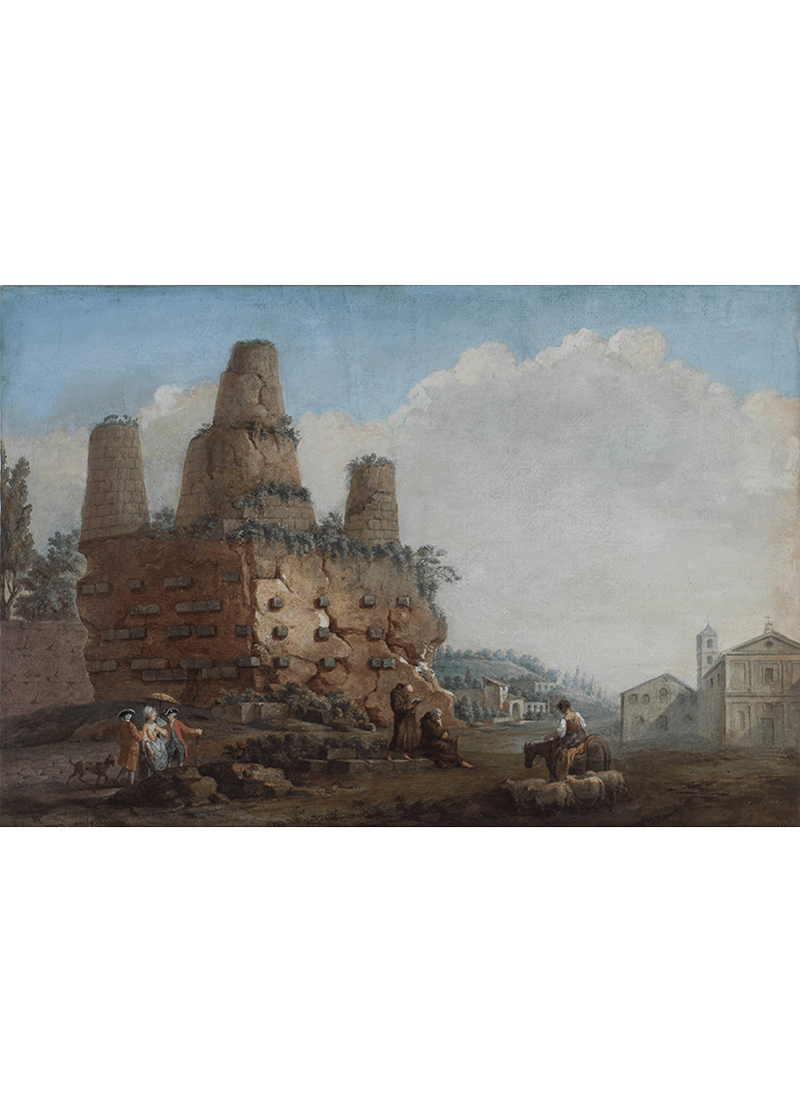