“Who was Viviano Codazzi? The simple answer is that he was the most important seventeenth century painter of the type of architectural view better known from the works of Gian Paolo Panini,” writes David Marshall in Viviano and Niccolo Codazzi and the Baroque Architectural Fantasy (1993).

Born in Bergamo in 1604, by the 1620’s Viviano had reached Naples, where he began to paint already possessing skills with quadratura – architectural perspective. Interestingly, despite working in Naples until moving to Rome in 1647, Codazzi did not adopt the flamboyant mannerisms characteristic of  Neapolitan, high Baroque painting, instead pursuing a more straightforward, carefully delineated realism. In Naples, Codazzi befriended Domenico Gargiulo, who often painted the figures in Viviano’s architectural compositions.

In Rome, he turned for figures to the Bamboccianti – very often, though not always, Dutch painters, working in a Netherlandish style, depicting workaday people going about their everyday business. The contrast between these figures and ancient, enormous, magnificent architectural ruins that form their setting is at the heart of the appeal of much of Codazzi’s Roman painting.

This large, impressive picture is, believes Marshall, a precursor to VC105 and VC105a in Viviano and Niccolo Codazzi …….; and a high example of the painter’s work in the 1650’s. These later pictures are in the collections of the Museum of Fine Arts, Boston, and Lulworth Manor in England. The very highly realized figure group is by Michelangelo Cerquozzi, of the Roman Bamboccianti painters, with whom Codazzi collaborated on many pictures.

In addition to these realistic views – vedute essate – Codazzi realized much more imaginative architectural compositions – vedute ideate. His son, Niccolo, was also an accomplished painter of architectural views. As Marshall points out, Vivano had many other followers, including Ascanio Luciano, whose work we see in the following section.

Codazzi’s work is in the collections of the Prado, Uffizi, and Galleria Spada, in Rome. 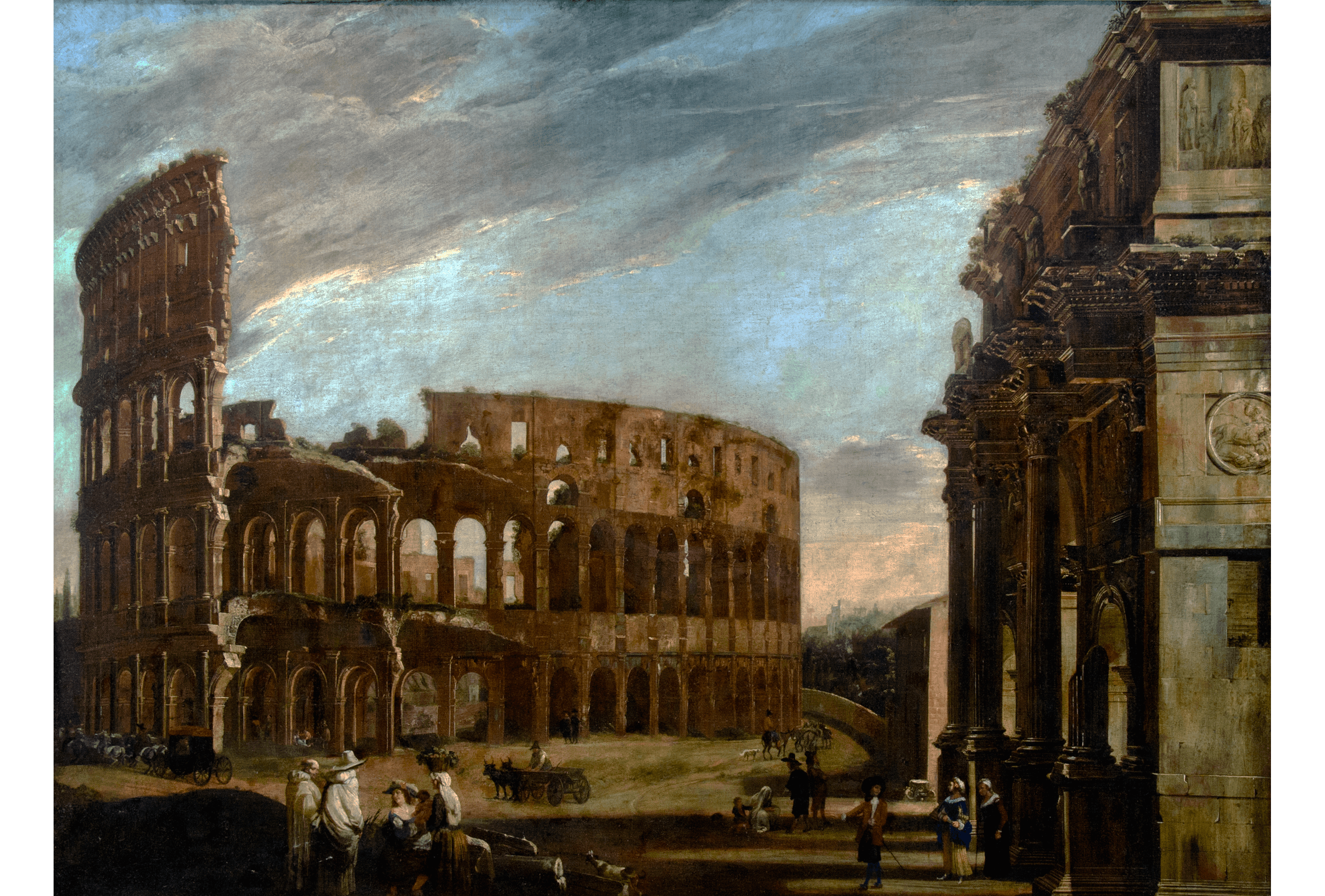