By the time the auctioneer’s hammer fell on Lot 180: A Large Patinated Bronze Rendition of Napoleon’s column (Colonne Vendome) 19th Century, in Sotheby’s 2003 Bill Blass sale in New York, the lot had reached startlingly far beyond the house’s pre-sale estimate of 15-20,000 dollars. The sale catalog showed the tall (69” high) model placed to the center of a large, round, aka French, lustrously-patinated, wooden table – Lot 181: A Restoration Mahogany Table de Mileu(estimate 30-50,000 dollars). The model and table formed the centerpiece of an elegant, generously-proportioned, white, classisizing room in Blass’ home. We were excited over the model, and had marshaled resources to make a bid. On the telephone, we struck first, at 20,000 dollars. This was to be our only bid, and a few minutes later Lot 180 was knocked down for 176,000 dollars.

The “large patinated bronze reduction of Napoleon’s Column (Colonne Vendome), 19th century” offered here at 60” high is not quite so tall as Blass’. In other respects, though, they are close cousins. Both are surmounted by Charles-Emile Seurre’s (1798 – 1858) statue of Napoleon rendered as Le Petit Corporal, both sport identical dark patination, and were made at nearly the same time – ca. 1835.

Both also descend from an even larger, yet more impressive, earlier model of the Column – Nicolas-Guy-Antoine Brenet’s (1770 – 1846) remarkable 1834 replica, assembled from more than 100 separate bronze castings, and rising just beyond six feet.

Over time, we’ve seen just a few of these large, darkly-patinated, mid-19th century models of the Colonne Vendome. These have been of different heights, while all sharing the Seurre Petit Corporal at their summit, which suggests these models date from between 1833 and the late 1850’s, when Seurre’s figure began to fall from favor, eventually being replaced in 1863 by another statue, designed by Augustin Dumont (1801 – 1884). Also interesting are those who owned these models. Following the impressive results at Sotheby’s with Blass’ miniature, two more soon reached the market, both were provenanced to Victor Napoleon, aka Napoleon V (Napoloeon Bonapate was his great grandfather), the pretender to the French throne from 1879 through to his death in 1926. From where, though, had Victor’s models originated?

Among the usual suspects must be King Louis Philippe, King of the French, head of the July Monarchy, which endured from 1830 to 1848 and is often credited with commissioning Seurre’s 1833 Petit Corporal. In fact, Louis Philippe (and his Monarchy) was urged along in re-working the Colonne d’Austerlitz (aka Colonne Vendome) by his young Interior Minister, Adolphe Thiers (later Prime Minister several times, and, towards the end of his long life, Head of State). Thiers understood more than nearly anyone else of his age the politically symbolic importance and role of public monuments. He would soon play an equally astute and pivotal role with the design of another of Paris’ politically fraught landmarks – the Colonne de Juillet in Place Bastille, of which, there appear to be not large-scale reductions.

Obviously, the large models of the Colonne Vendome are no ordinary tourists’ souvenirs and there is no record of their being offered for sale commercially. Instead, we imagine them made in commemoration of the new statue of Bonaparte, and provided, perhaps, to family and acquaintances of the recently late Emperor, including Napoleons II and III, who were both alive in this period, as well as those involved with Le Petit Corporal – Seurre, perhaps, Louis Philippe, Thiers, and others. If so, this points toward these models being made in the middle part of the 1830’s, just after Brenet’s remarkable reduction of the same monument, only 15 years after the death of Bonaparte. Ours includes a replaced stone base and bronze platform with railing. 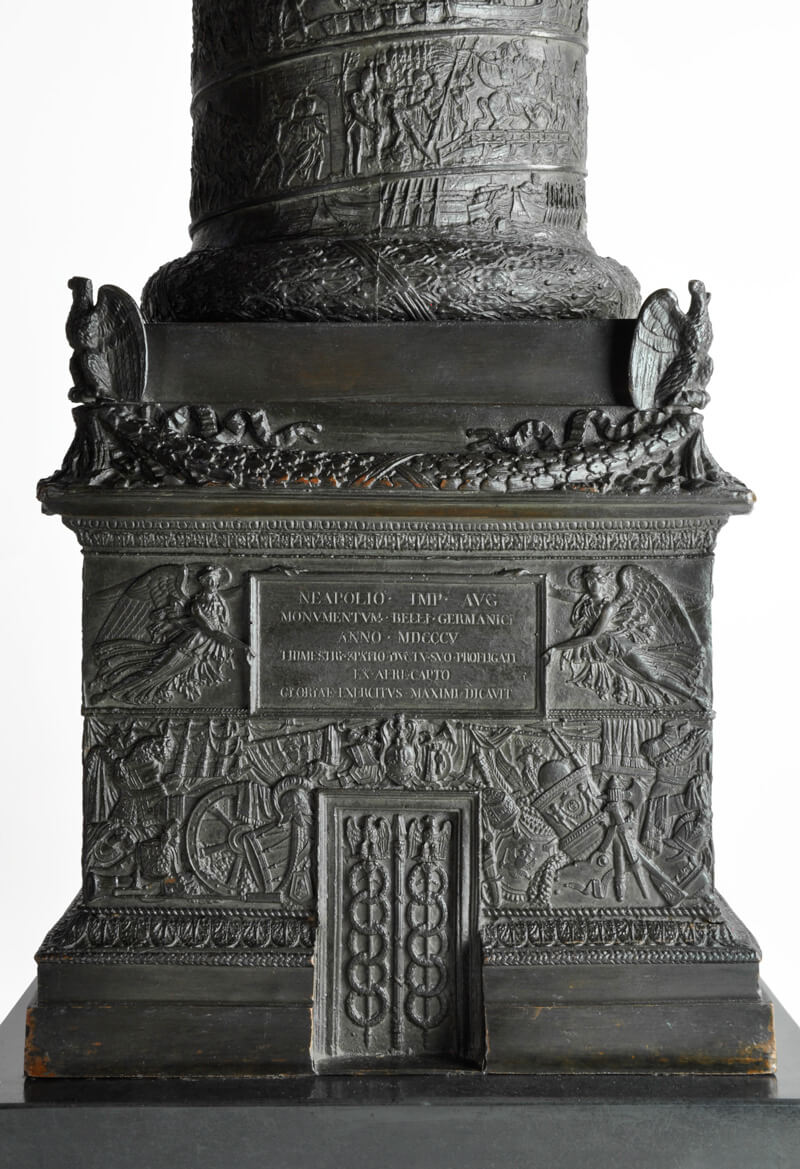 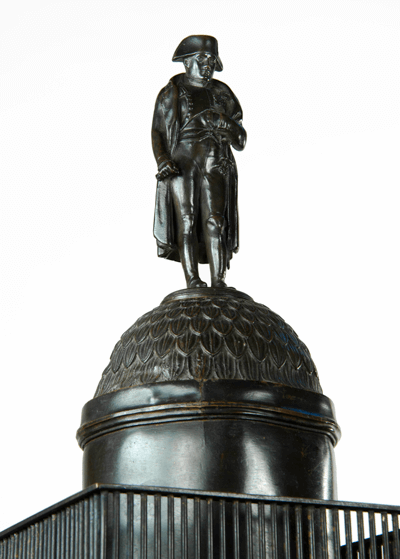 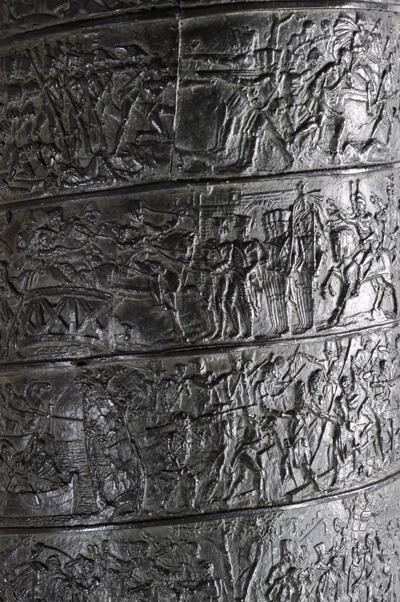