Almost always incorrectly described as the Temple of Vesta, this ancient structure (late 2nd century BC) stands a stone’s throw from the Tiber, near the Temple of Portunus and the Arch of Janus.

In the late 19th century, tourists remarked on the ubiquity of models of this not large temple:

Of all the monuments of ancient Rome this (Tomb of Scipio) is the one which is more frequently produced in marble or bronze than any other, except perhaps the Temple of Vesta.

The writer, though, was not describing this model, which, owing to its size and detail, is a terrific rarity. Very much more common are its much less pre-possessing cousins, also in bronze, commonly 3” – 4” high.

Many of these minor temples are fitted out as inkwells, with removable lids at the roof and glass liners within the drum below. The purpose of this model, which also sports a lid, though no liner, is more difficult to discern. Some decorative objects of this period were intended as pastille burners – home to very slowly-burning woods and other material giving off a pleasant fragrance. Yet, this model’s interior betrays no past incinerations. Another mystery then, situated in the Temple’s inner sanctum.

Note the terrific detailing of the slender columns with their composite capitals, fluted shafts, and articulated bases. Note too, the missing column, just its base present, matching the appearance of the Temple in this period. The shallow roof, with each field and ridge tile given shape, leading to the surmounting finial/knob is a further satisfaction. 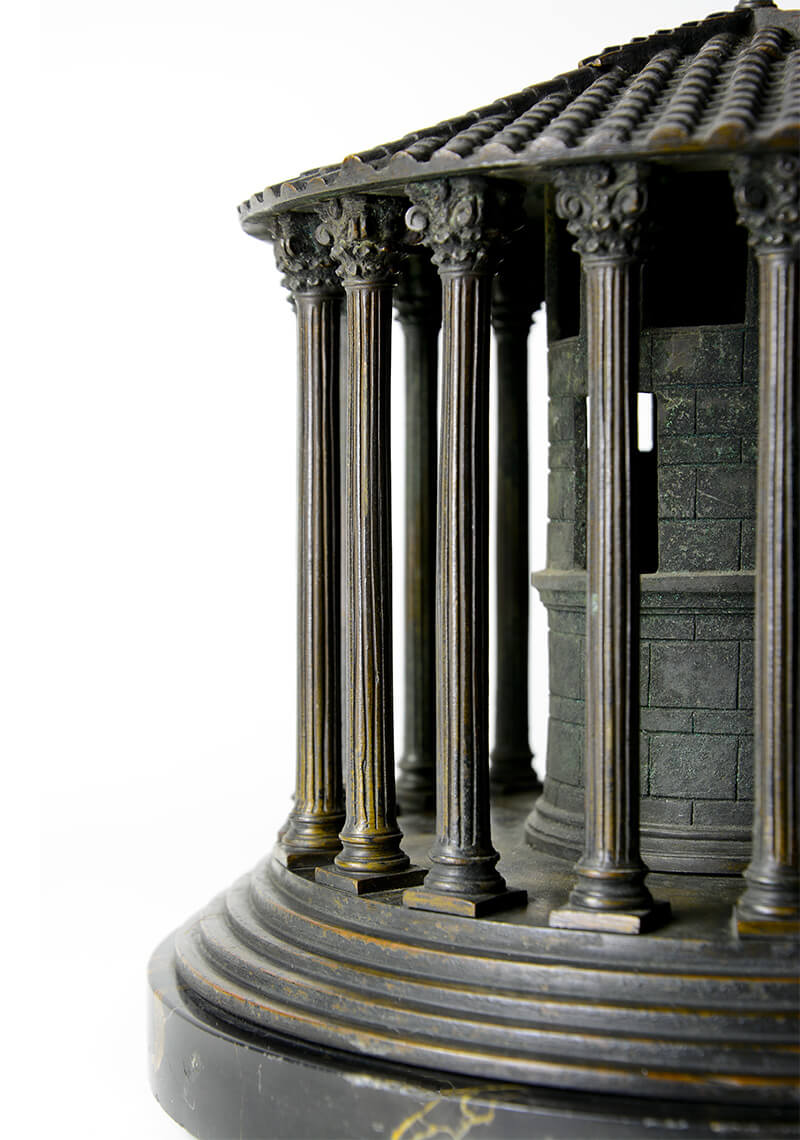 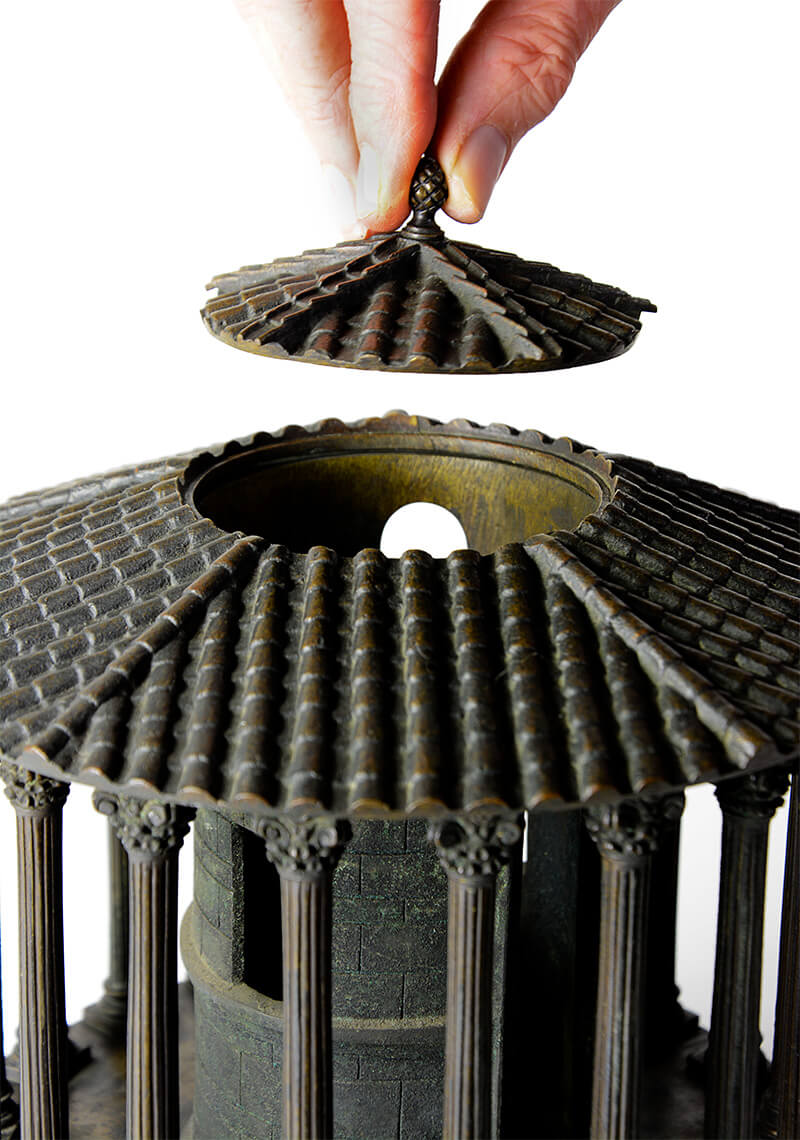