Called Il Mirandolese dalle Prospettive (the Mirandolese of the perspectives), Pietro Paltronieri “was the Viviano (Codazzi) of the later age (the first part of the 18th century),” writes Luigi Lanzi in his 1828 The History of Painting in Italy. The painter was sufficiently famous in his own time to be included with luminary artists Canaletto, Marco and Sebastiano Ricci, and Cimaroli, in a remarkable 1726 project involving each artist painting an imaginary, allegorical tomb for England’s Duke of Richmond, celebrating a recent triumph of the Whig Party.

Born in Mirandola, 50 kilometers north of Bologna, the 17th century birthplace of Italian quadratura (architecturally illusionistic) painting, Paltronieri’s perspectivally-based work is rooted in this tradition. Unlike other painters, whose views focus solely on classicism, Paltronieri’s subject matter is wider ranging, often including Gothic churches, construction sites, vernacular houses and apartments, fountains and wells – the scenography of the everyday.

Paltronieri often worked at a large scale on elaborately shaped canvases and with multiple pictures forming a single suite of pictures. The effects can be highly decorative.

The large size and scale of these three capricci, their decorative effect as well as subject matter and treatment – classical and other ancient buildings, in dramatic perspective, silhouetted against a brilliant blue, cloud-bedecked sky, townfolks going about their everyday business – is characteristic of the artist’s oeuvre. Pictured in Giancarlo Sestiari’s 2015 Il Capriccio Architettonico: in Italia nel XVII e XVIII secolo, Rome: Vol II, figures 20a, b & c, pp. 408 & 409.

Paltronieri’s work is represented in the collections of the Royal Institute of British Architects, Gemaldegalerie Alte Meister in Dresden, and Nelson-Atkins Museum. 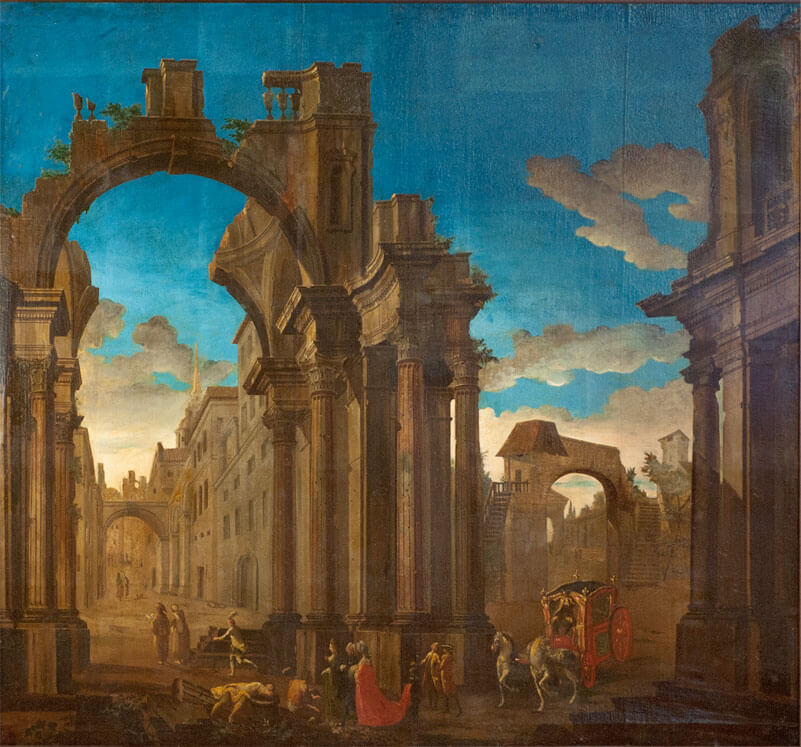 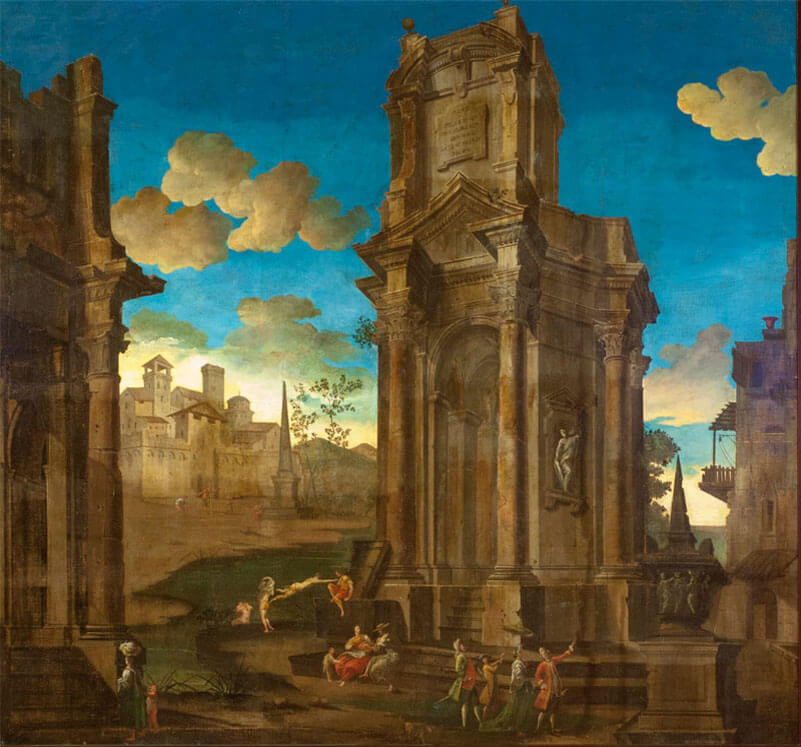 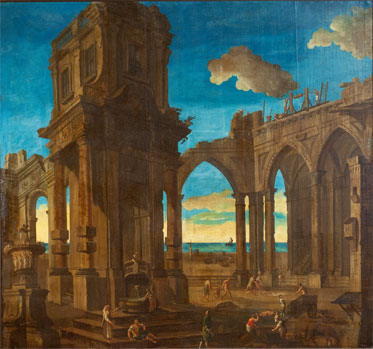