When we think of Rome, we think of its ancient Pantheon – its richly-patterned, polychrome marble interior a cool sanctuary on the most searing Summer days; the dusty beam of sunlight, penetrating through its wide oculus, a slow moving spotlight.

For reasons as yet unclear, this temple was slow to be adapted as a must-have souvenir model. The earliest replicas (very, very scarce) in the late 18th century, were in cork, while by 1860, a very few others were fashioned in bronze. It’s only in the 1870’s, when these models are carved in marble and alabaster, that production picks up.

The two mementos offered (separately) here are high examples of these stone models. Both are impressively-sized (far larger than others we’ve encountered), made from unusually richly-colored and figured materials, with abundant detail.

The larger (7-1/2”) Pantheon is carved from unusually hued Volterran alabaster, with a veined marble base. The smaller temple (5-1/2”) appears made from three different types of Volterran alabaster, including its translucent grey base into which is incised the landmark’s name.

We have recently come across a large, very fine alabaster model of the bell tower in Florence. Unusually this is dated (1865) and signed by its maker – Angelo Renzoni – who goes on to note the location of his studio – Pisa! Both Florence and Pisa are proximate to Volterra, and both cities, unlike Rome, possess a long history of working the nearby alabaster. This of course, suggests the possibility that some late 19th century Volterran alabaster souvenirs of Rome may have been carved elsewhere, then brought to the city for sale.

Neither of these unusually ambitious models, though, fits the alternate model. 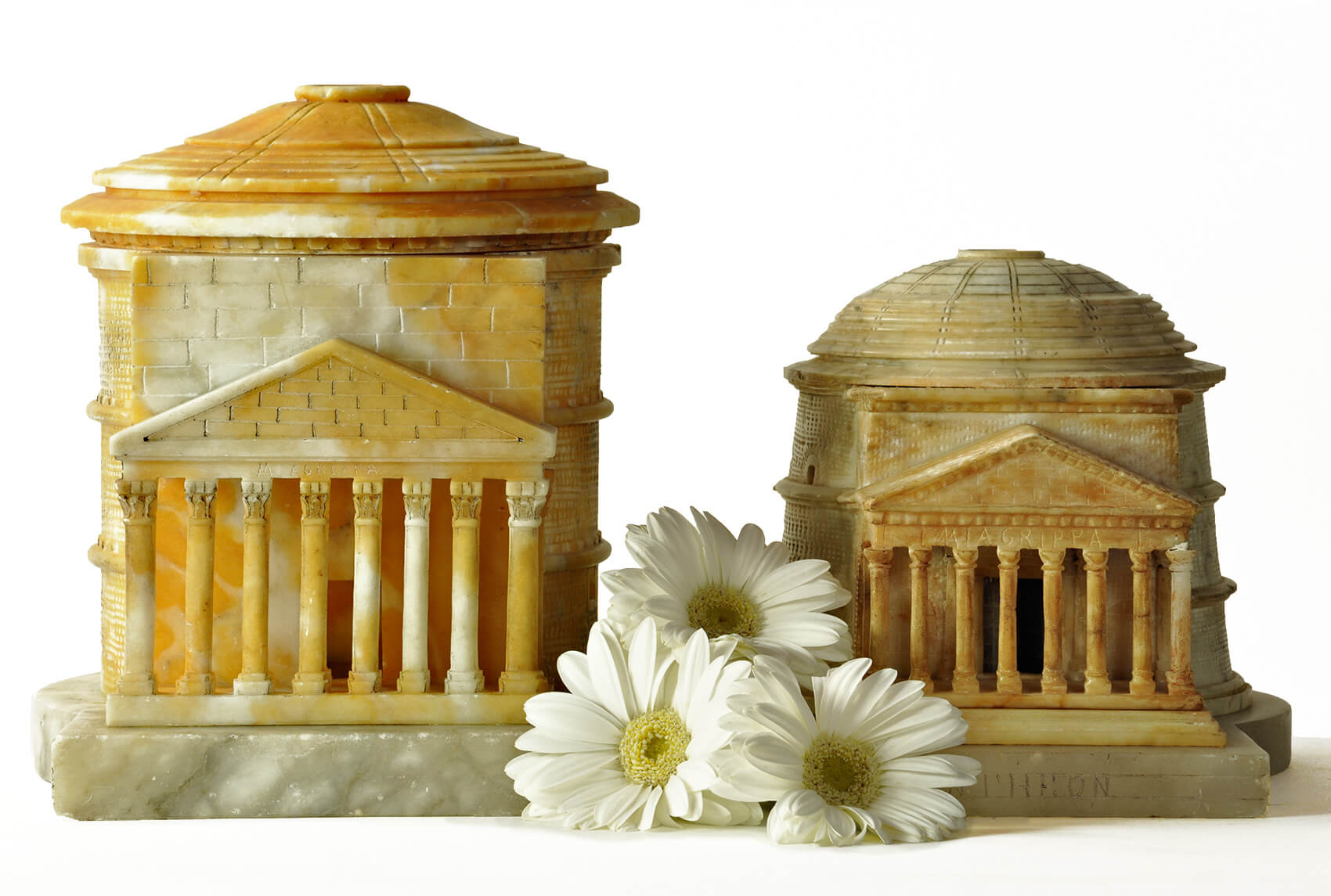