Ricci is best known for his pastel landscapes. These, especially his architectural capricci, are oh-so-elegantly composed and subtly, richly colored; the yellow Italian light falling just-so on the action serenely unfolding before us. (Ricci was drawn to novelty, and many of his best architectural pictures are tempera painted kidskin)

In 1730, when this set of etchings was first printed, Piranesi was still living in Venice, where he had been born 10 years earlier. By 1740, he had reached Rome. So, he certainly was aware of Ricci’s Experimenta.

Along with Magnasco, the other significant influence on the young Ricci was his uncle Sebastiano; the two often worked together on the same canvases, Sebastiano painting figures, Marco landscapes.

The offered pair of etchings, like Marco Ricci’s most significant paintings, picture the most decorously decomposing ruins, the picturesque scenes unfolding on both sides of a great arch set to the middle distance. With both, the figures inhabiting the pictures appear at ease with tumbled down antiquity (unlike those settings in Piranesi’s views where tiny humans seem to be anxiously scurrying about).

That these capricci, all gentility, were drawn by a murderer and suicide comes as a surprise. Early in his life, Marco dispatched a gondolier, fleeing Venice just ahead of the law, abetted by Uncle Sebastiano. At life’s end, he determined to die like a knight, refusing sustenance, laid out in the costume of a cavalieri, a rapier at his side.

Ricci’s Experimenta are in the collections of the Philadelphica Museum of Art, British Museum, Metropolitan Museum, and others. 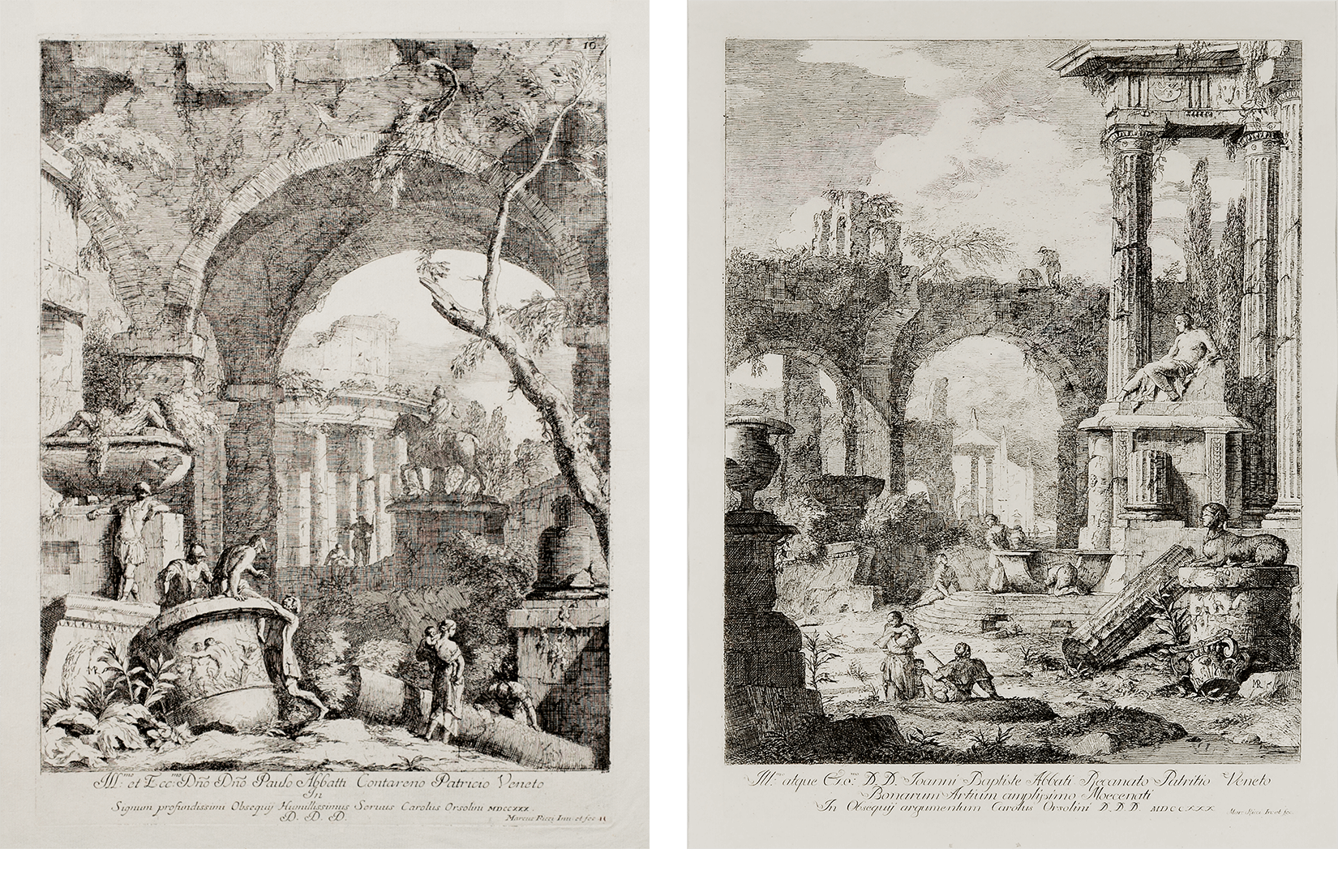