The reign of Louis Philippe, King of the French from 1830-1848, saw substantial work to the greatest Parisian monuments of the period, including in 1833, a new figure of Napoleon atop the Colonne Vendome; completion of the Arc de Triomphe in 1836 (a project begun by Napoleon in 1806); building of the Colonne de Juillet in Place Bastille, from 1835-1840; and, in 1836, erection of the Luxor Obelisk in Place de la Concorde. These projects were seen by the King and, especially, by his Interior Minister, and later Prime Minister, Adolphe Thiers as conveying an emphatic political message about the glories of the then nascent Republic. (Thiers Republicanism, of course, was largely tactical – a truth exposed decades later when he led the bloody suppression of the 1871 Paris Commune.)

This impressively tall and well-detailed gilded bronze model of the Paris Luxor Obelisk was almost certainly fashioned at about the time the monument was tilted upright in the Place de la Concorde in 1836. The exacting craft of this replica has much in common with the very finely made models of the facades of Notre Dame, Rheims, and Rouen, rendered as clock cases at almost the same time. The 3,300 year old Needle had once flanked the entrance to Luxor Temple on the Nile. In 1829, Egypt’s Khedive presented the obelisk to France (some accounts suggest this gift was France’s idea), and there ensued the remarkable engineering feats of lowering the 75 foot high, 250 ton, yellow granite monolith, placing it into a specially designed barge, the Louqsor, towed by a paddle wheeled ship, the Sphinx, back to France, up the Seine to Paris, where it was pulled to the center of the Place and at last placed upright on October 25, 1836.

This model’s base, like that of the actual monument, features a diagram of the extraordinary system of ropes, pulleys, winches, and other devices required to move the great landmark. 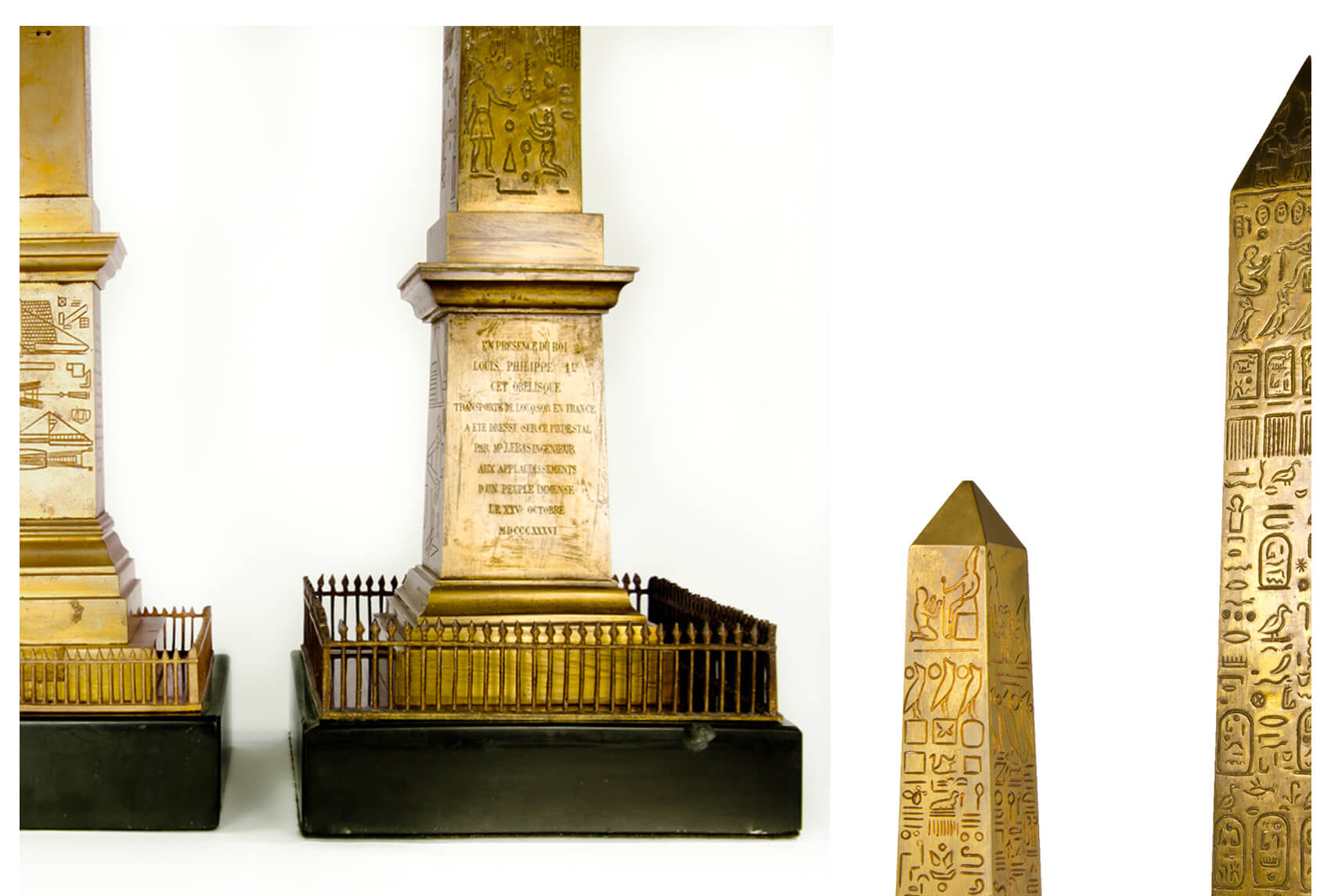