pair of architectural capricci with figures and ruins by the sea

Coccorante was among the most extravagantly talented of the circle of Luca Giordano (1634 – 1705), Neapolitan master of swirling, overheated, late Baroque painting.

Many Italian painters of the period, like sports figures today, possessed nicknames. For Giordano, this was Luca, fa’ presto – literally, “Luca, make it faster” – his father’s exhortation to work more quickly and the son became famous for high-speed brushwork.

Called Il Giordano di Prospettiva (The Giordano of Perspective), Coccorante, according to a 1742 biography, followed Fa’ Presto’s example, painting highly inventive views of imaginary ruins, occasionally at the rate of two per day!

For a painter of such celerity, Coccorante first learned his craft from an artist with all the time in the world. Angelo Maria Costa (1670-1721), an accomplished Sicilian painter of ruins, found himself in a Neapolitan prison, awaiting execution for burglary, when he and Coccorante, a jailer’s assistant, first met. An art loving official intervened to spare Costa, who seems to have shared much with his young protege.  There are multiple formal and compositional similarities in the works of the two artists.

From 1737 – 1739, Coccorante worked in the court of Charles VII of Naples, and his projects included the decoration of the royal palace on the occasion of the betrothal of Charles III of Spain, King of the Two Sicilies, and Marie – Amelia of Saxony.

The artist’s pictures are distinctive, often featuring ruins set by a bay, bathed in the slightly sinister light of either the full moon or very late twilight. His singular figures contribute to the effect, and are often caught in acts of robbery or assault, or in the aftermath of mayhem and murder. It may be that Coccorante learned of more than painting while a jailor’s assistant.

Coccorante’s paintings are in the collections of the Louvre, Museum of Grenoble, and Lowe Art Museum in Florida. 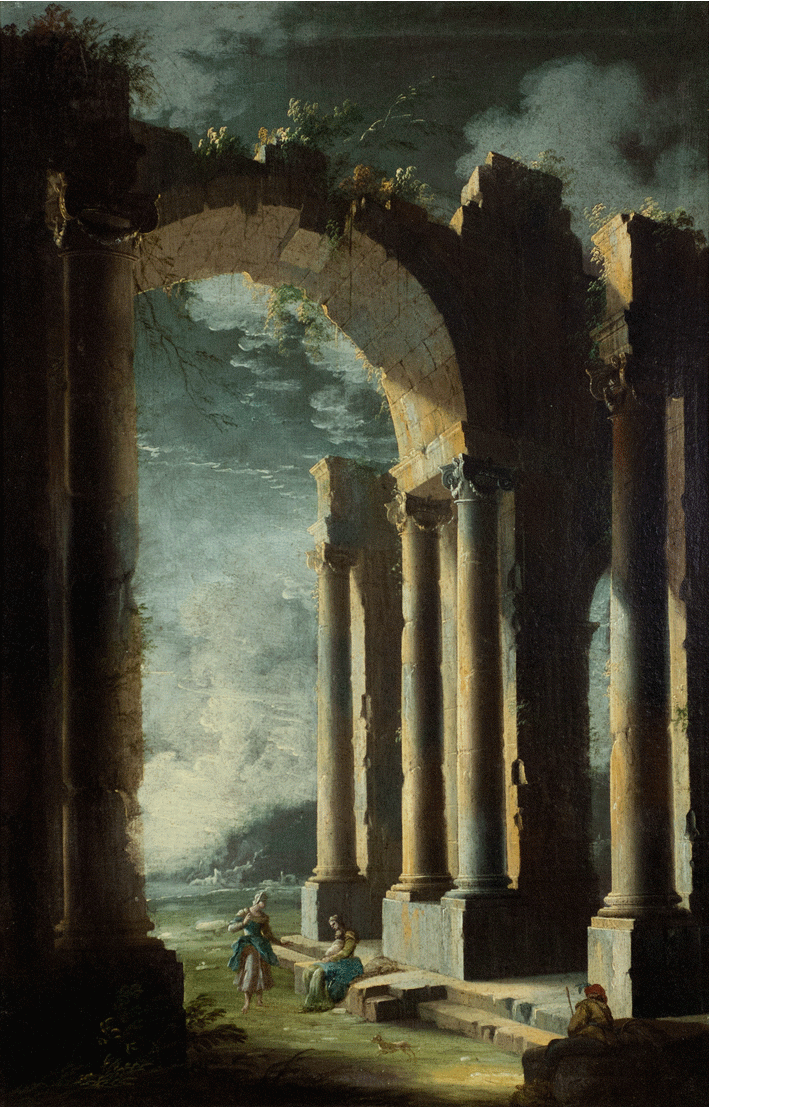 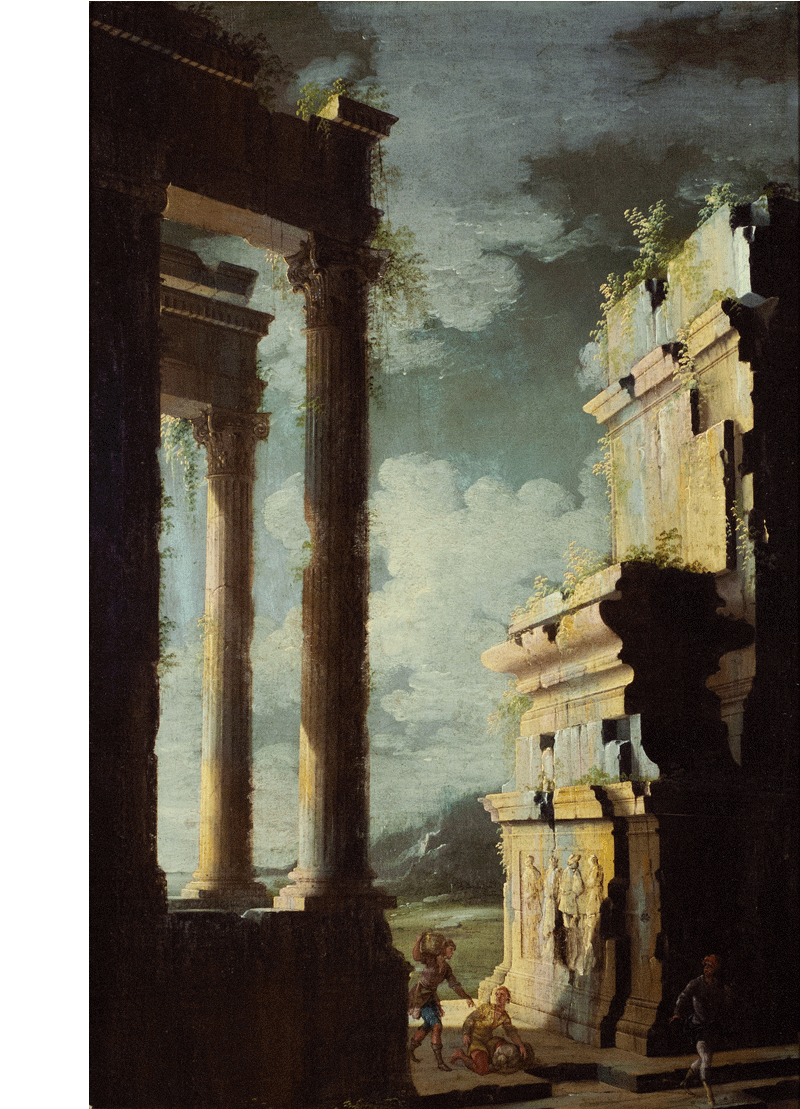