Many Italian monuments are famed, in part, for their perfection. The Pantheon, Colosseum, and Forum Temples are iconic embodiments of their types. Only very rarely is a building celebrated for its failure.

As early as the 1820’s, London mineralogist John Mawe’s Catalogues offered carved alabaster miniatures of Pisa’s leaning tower, alongside stone replicas of other well known Italian monuments. Unlike others of Mawe’s miniature monuments, which were fashioned in England of Derbyshire’s ‘Black Marble,’ his Italian models were almost certainly made in Italy, probably in Volterra, and exported. In England, these may have received the Mawe’s paper label, or likely prior to export, been engraved with his name and shop address.

In Pisa, in the mid-19th century, the leading maker of souvenir alabaster architectural models was Hendrik van Lint, who also published a Catalogue, also in English. It is not impossible that the entrepreneur van Lint (also a photographer, among other occupations) was Mawe’s Pisan contact.

Because the subjects and methods for making alabaster models varied little across the 19th and 20th centuries, it is often difficult to ascribe dates of manufacture, with any real precision.

This unusually large model of the Leaning Tower was, at one point, outfitted as an electric lamp; the translucent lines at its interior a species of shade. Perhaps it was initially made this way, Perhaps, like so many other interesting old objects, it was converted. If the latter, this suggests a date early in the last century; if the former, a measurably later date is more likely.

Today, of course, the production of miniature Pisa towers continues apace. These, though, are not rather finely carved alabaster from the nearby millennia old quarries at Volterra, but molded (crudely) of a slow-congealing petrochemical resin, whose source could be almost anywhere. 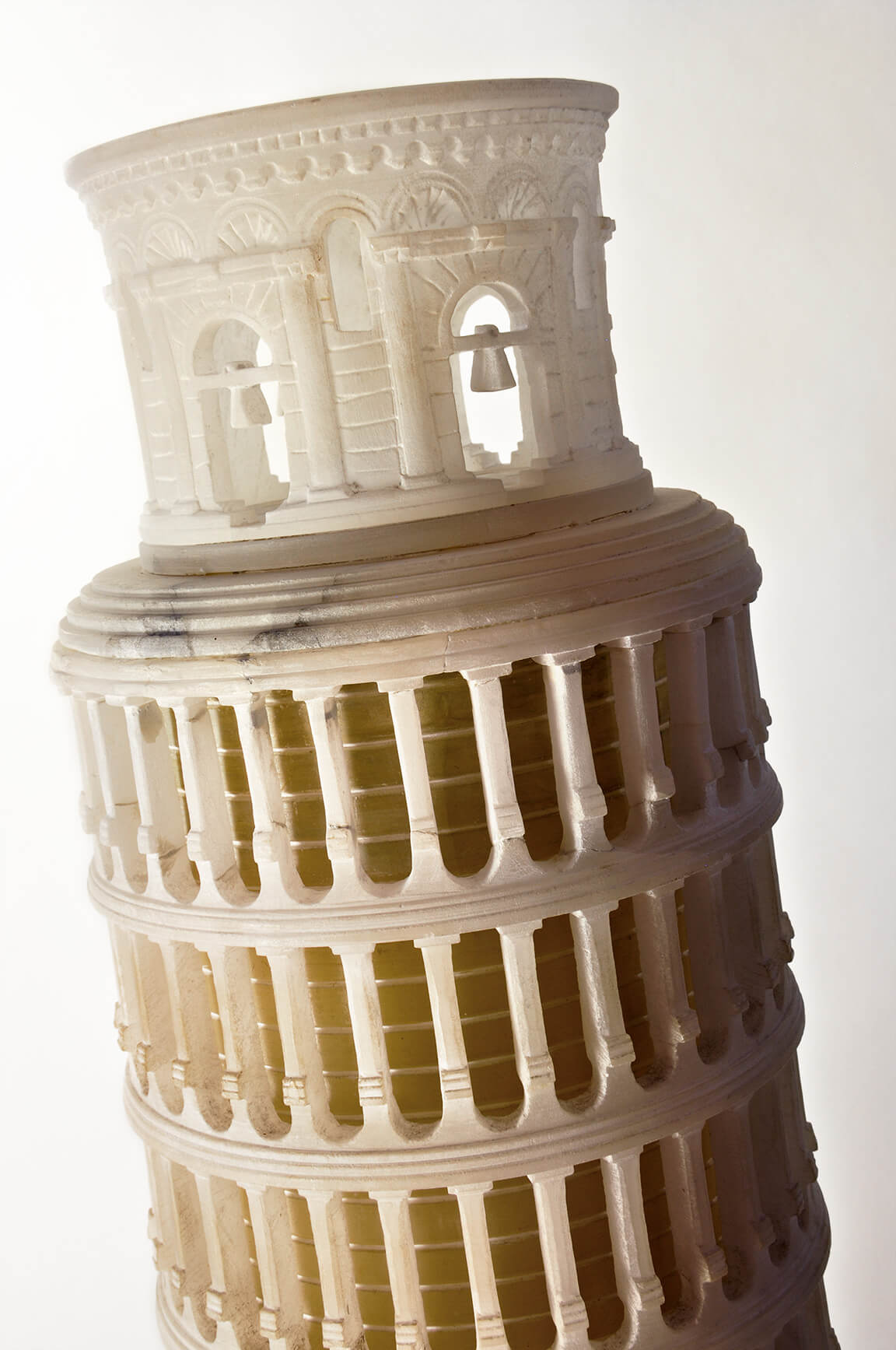 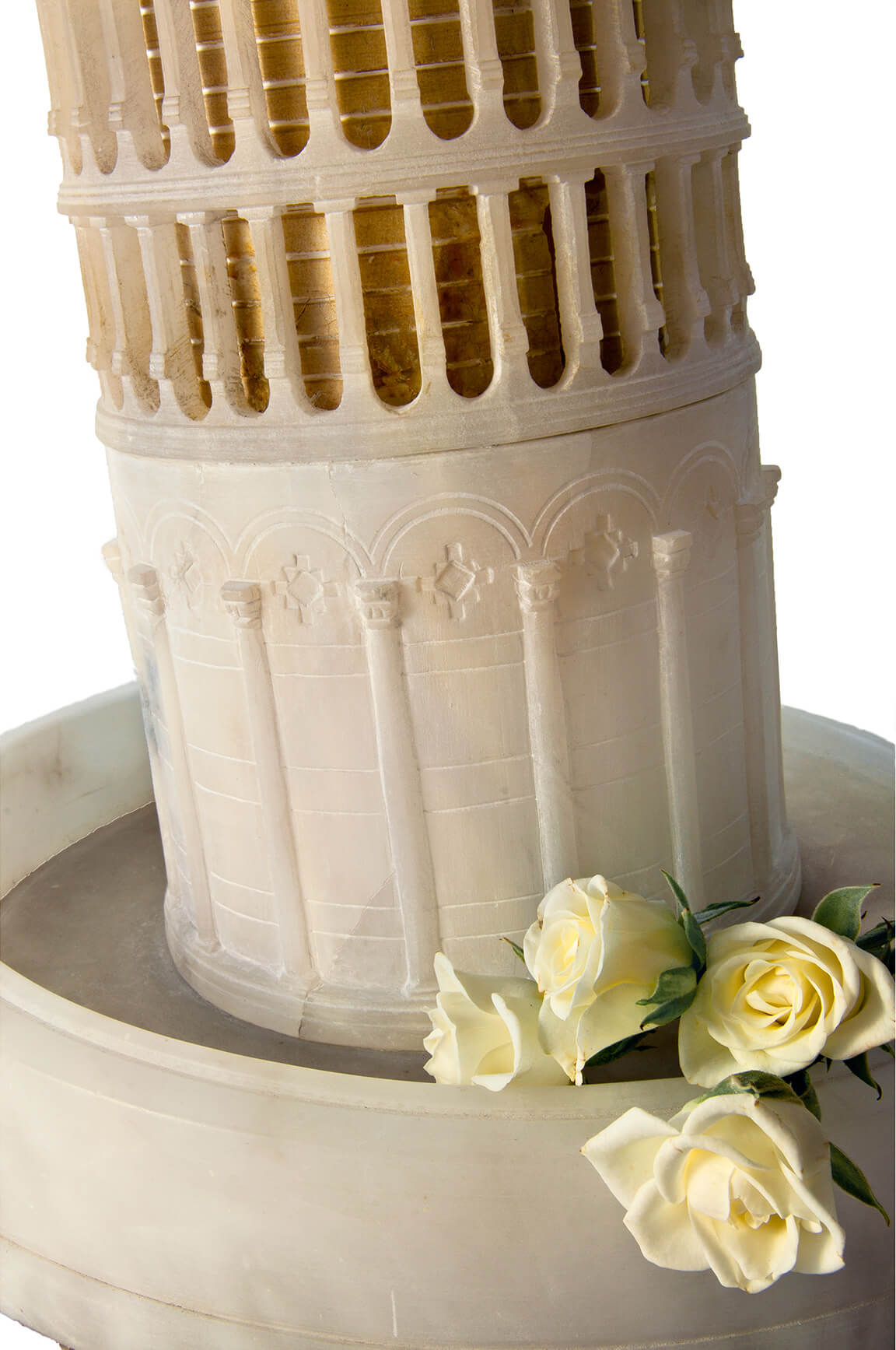