figures among a pyramid and two ruined temples

Every picture brings with it surprises and questions. With any luck, and application of sufficient diligence, some mysteries may be put to rest, the unexpected eventually understood.

When we came across this idiosyncratic painting, obviously mis-attributed to Panini, we were taken both by its unusual and inventive handling of ruins – for example, we’ve not before seen a pyramid quite like that rendered here – and by the considerable skill of its execution – something we require of all the pictures we offer.

This picture perplexed us, stood our expectations on end; after considerable attention, is a greater mystery today than when we first saw it.

We guessed, correctly it turned out, that the painting included a significant portion of sky that had been added on long ago, perhaps so that its dimensions accorded with another picture, or with some architectural constraint. This not very skillfully realized addition was removed, and the picture much improved.

Light cleaning revealed two puzzling, over-painted foreground areas, in proximity to the small figures; we held our breath instructing our conservator to dig a bit more deeply. This work revealed what came to be known as the “giant figures” now visible – a man and a woman painted both underneath and on top of adjacent smaller figures. It may be that the giant figures, which seem over-scaled, were added with the additional portion of sky, perhaps in relation to another picture. It may be that there were two rounds of re-working – the original picture, followed by the two large figures, followed by new small figures. Other theories are afoot, as well.

This uncertain history makes problematic the answer to our leading question – Who painted this picture? Yet, with respect to the original canvas, there are a couple of affinities. Details of the ably rendered line of fluted Doric columns to the picture’s right are similar to columns appearing in a painting by Pierre Patel (1605-1676), a French painter of Italian scenes. The bas-relief to the base of the pyramid, and partial arch springing from the wall at the end of the column row also seem related to certain Patel works. It appears that more of this arch may be present beneath the paint layer of the sky. 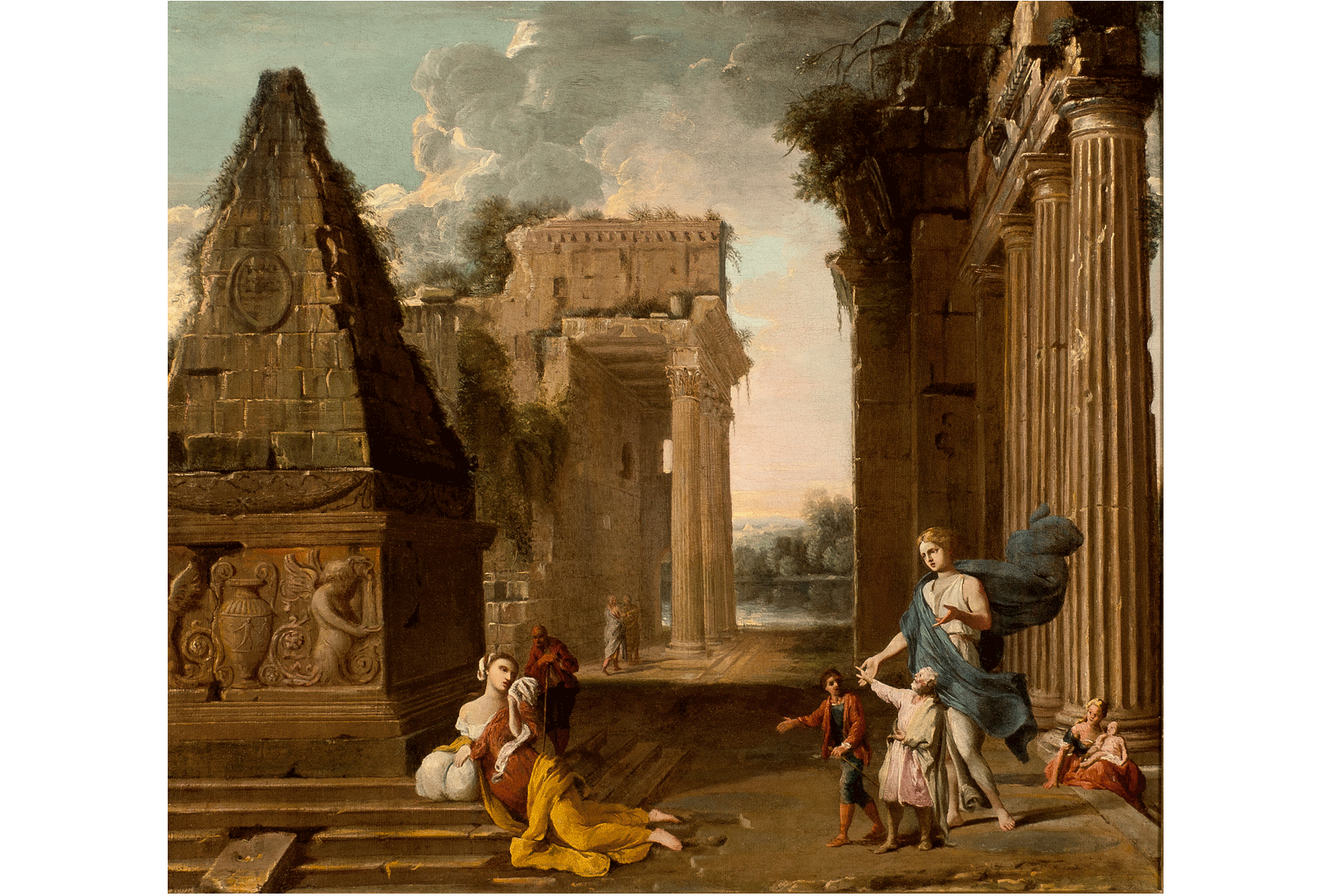