This catalogue of Italian Grand Tour Ruin Paintings concludes with a French painter whose well-known work never forgot the lessons the artist learned in Rome as a young man.

Born in Paris, Hubert Robert received a Classical education, before setting out for Rome in 1754, arriving in the company of the French ambassador. Over the next dozen years he befriended Piranesi, was Gian Paolo Panini’s favorite workshop assistant, and became close with countryman Jean-Honoré Fragonard – the two spent time together drawing.

Robert’s time with Panini was especially influential, and Robert des Ruines’ (a nickname given him by Diderot) views of fantastical architectural ruins and landscapes form the heart of his oeuvre. Returning to Paris in 1765, his work was an immediate success. Beginning in 1767, Robert regularly exhibited his paintings at the prestigious Salon de Paris.

Under Louis XVI he was made Keeper of the King’s Pictures and given enviable lodgings in the Louvre, where he lived until 1802. The downside of his royal association was a period of imprisonment during the French Revolution. His time in the lock-up seems not to have been too difficult, though – he continued to draw and paint.

This small canvas – a highly atmospheric, imaginary view of a Roman temple (inspired by similar monuments in the Eternal City), with colorfully, vigorously rendered figures in the foreground – is characteristic of Robert’s work. The manner in which the lighter-hued temple is framed on both sides by architectural elements harkens back to Panini. Note too the Italian umbrella pine and cypress trees, characteristic of Rome.

This picture has been examined by Joseph Baillio of the Wildenstein Institute in Paris, and will be included in his forthcoming catalog raisonné of Hubert Robert.

Robert’s work is represented in the collections of the Hermitage, Louvre, and Museum of Fine Arts, Boston. 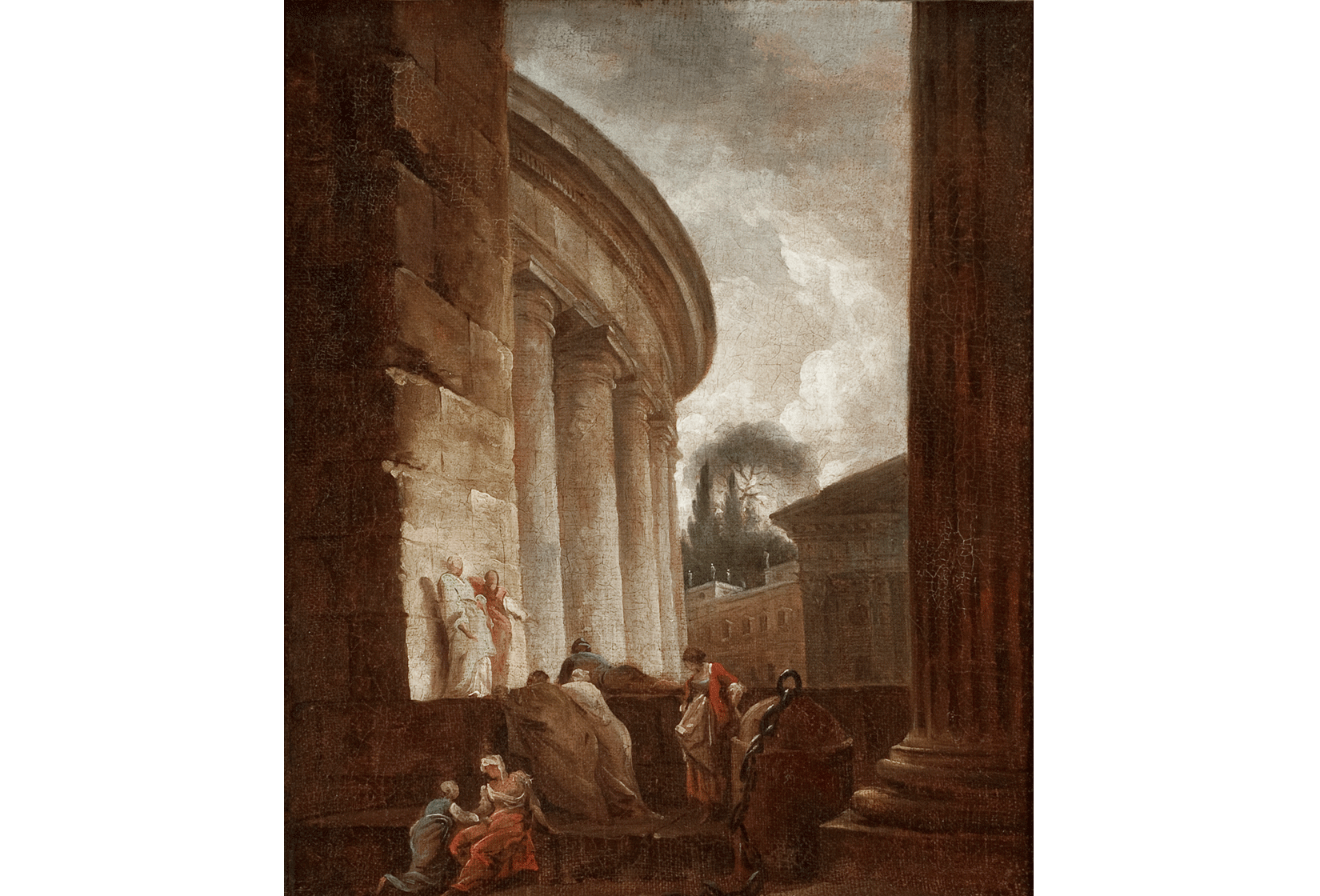