About 1740, 20 year old Giovanni Battista Piranesi met with then thirty year old Guiseppe Vasi, then Rome’s foremost etcher of architectural views. Giovanni, whose artistic aspirations were high, wished to apprentice in the older man’s studio. Guiseppe, not anticipating the consequences of his decision (how could he have known?), agreed. It was a brief employment. Before long, Giovanni, believing his mentor was withholding critical secrets of the etching process, stabbed Guiseppe, intending murder. Guiseppe sought another assistant, Giovanni other employment.

And yet, matters did not end there. Soon enough, Piranesi, whose genius and incandescent talent outstripped Vasi’s (and every other printmaker’s of the period), was pre-eminent in Rome, while Vasi, de-throned, scrambled.

By 1756, and possibly as early as 1748, Piranesi printed three views of Rome’s St. Peter’s Basilica, part of his famed Vedute di Roma. These included etched images of the Piazza, the interior, and the back of the church. All are seen from elevated viewpoints, especially the plaza edged by Bernini’s colonnade.

The views offered here, etched by Vasi at least a quarter century later, in 1774, follow Piranesi’s lead in most ways, though they are a good bit larger (28” x 37” vs. 15” x 23”), printed on two joined sheets, and depict crowded religious ceremonies, while Piranesi’s Vedute are only lightly populated. Vasi’s views are also more richly and subtly drawn, an improvement on the work of his former charge.

In the 18th century, originality was valued differently than it is today – no shame attached to improving or reinterpreting earlier work by others. Vasi’s most famous etching – the monumentally sized, 1756 view of Rome, printed on 12 joined sheets – followed in the tradition of large-scale 16th and 17th century scenes of the city, all, by no coincidence, on twelve joined sheets. Compared to these, just as his St. Peter’s scenes compare to Piranesi’s, Vasi’s view is superior.

Unrecorded is why Vasi undertook these views of St. Peter’s – a series less extensive and/or ambitious than others he authored. His Delle Magnificenze di Roma runs to ten volumes! Somewhat comparable are his series of four patriarchal churches, though each of these are printed on three sheets.

And is there a non-theological reason for three images of the Basilica? Some mysteries, at least of the Art Historical type, must remain. 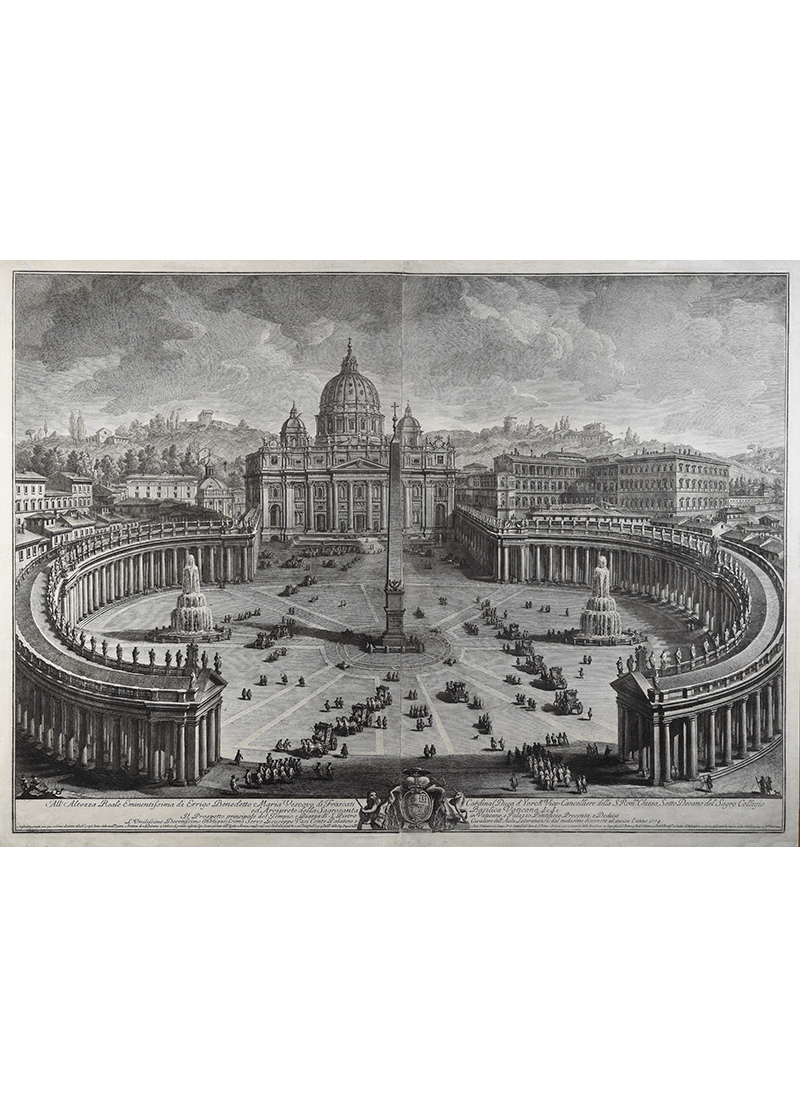 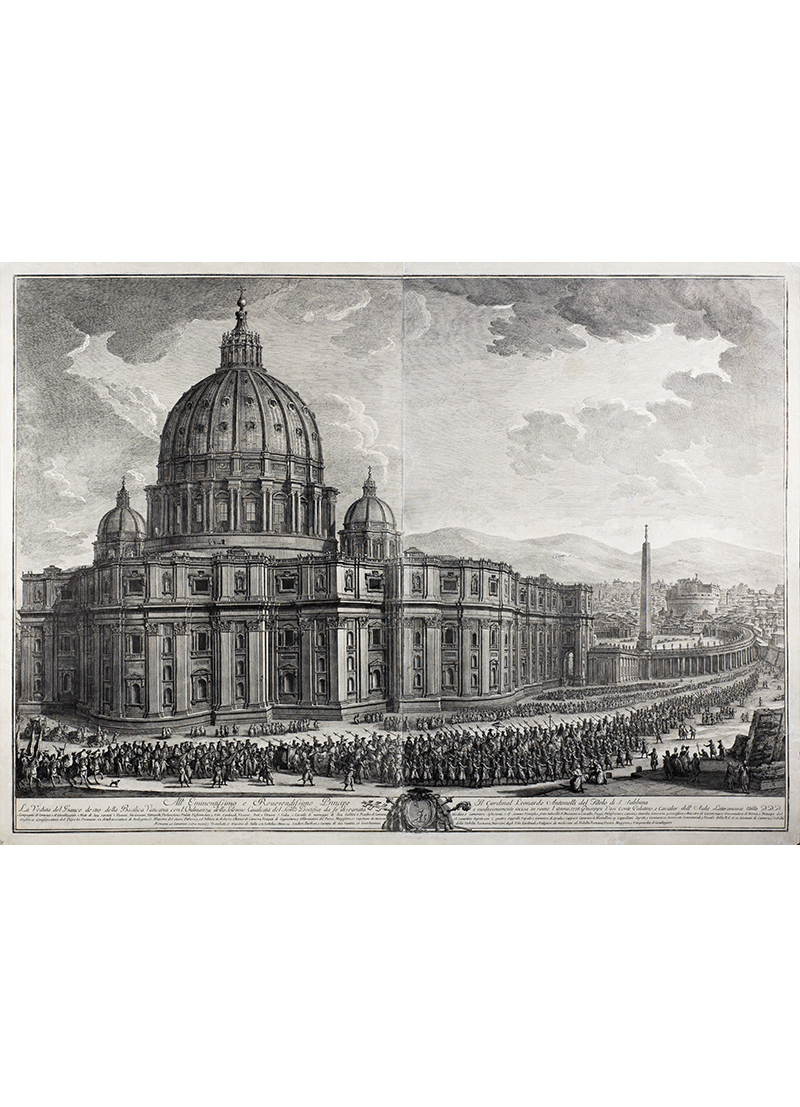