“Whether these wonderful plates of architectural fancy originated in the delirium of a fevered brain or not, they at least proceed from a genius at the fever heat of imagination….(N)owhere except in the Carceri did he let his imagination have such unbounded play.”

From the first (exceedingly scarce) printing of the most famous set of etchings made by the 18th century’s most famous (and prolific) etcher of architectural scenes, this imaginary scene – The Well – was first printed in 1749, early on in Piranesi’s long career, which extended until his death in 1778. The first edition of his imaginary prisons extended to fourteen etched and engraved images, published in 1749 and titled Invenzione Capric di Carceri all Acqua Forte….. For the second edition, Piranesi changed this title to Carceri Invenzione, added two plates, as well as heavily (and darkly) re-working the original plates. These are the images with which we are now most familiar.

Examples from the first state printing of Invenzione are so scarce that it was not until the first part of the 20th century, more than 150 years after their printing, that their existence was acknowledged by scholars. Even today, some aspects of the history of the first printing remain murky. For example, with the offered print, Piranesi expert Andrew Robison notes that “there are no state changes among the first three issues of this first edition” (printed before 1749 and in 1749), but that “seven out of ten impressions of this plate in sets in the Third Issue do show ink dabbing on (the) base of (the) well (in the) foreground.” Ours does not, which suggests it may predate the Third Issue.

Technical matters aside, connoisseurs are said to appreciate the first edition images for their direct, sketch-like qualities, something lost in the re-workings. For us, it is easy to imagine these images as in-process, provisional, the drawing headed in directions not yet fully decided. It is as though Signor Piranesi has simply stepped away for a few moments (perhaps to indulge the opium pipe some thought behind this early work of genius), and we are privileged to see how matters are coming along. 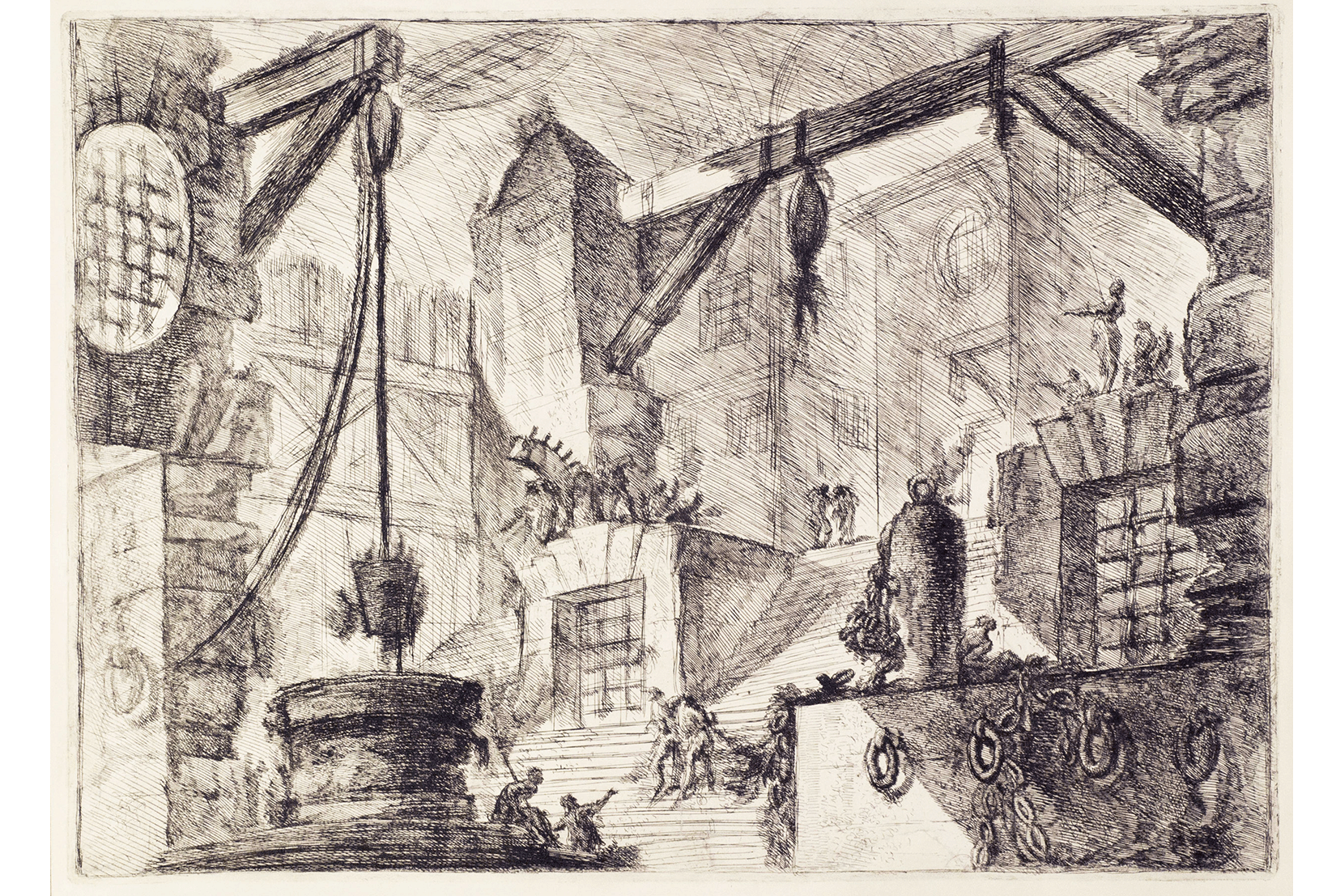