capriccio with figures among classical ruins and ships beyond

Greco was highly esteemed in his lifetime. De Domenici titles a chapter “Notizie de Gennaro Greco … ,” with the painter’s name followed, in much smaller type, by a number of apparently lesser artists, including Leonardo Coccorante, whose star burns brightly today.

When a child, Greco’s face was horribly disfigured in a fire; for the rest of his life he was called Il Mascacotta – literally “he of the cooked face.” His biographer, however, notes several compensations. The apparently prosperous Greco had three young, beautiful wives, and a multitude of sons, including one, Vincenza, who became a painter.

Greco’s mature work, of which the example here is characteristic, focuses on very carefully rendered views of imaginary ruins – vedute ideate – often set by a bay with highly detailed ships and other structures beyond.

With the present picture, note the skillful manner in which the ruins are made lighter and lower contrast, as they recede into the distance enhancing the picture’s depth. Completing the effect are the distant fort and port structures, painted in purpley blues, emphasizing their distance from the foreground.

Note as well the vigorous, swirling rendering of the ships and waves on which they are tossed, typical expressions of motion in late Baroque painting.

In 1714, while at work on the vault of a country house chapel in Nola, near Naples, Greco fell from high scaffolding to his death. 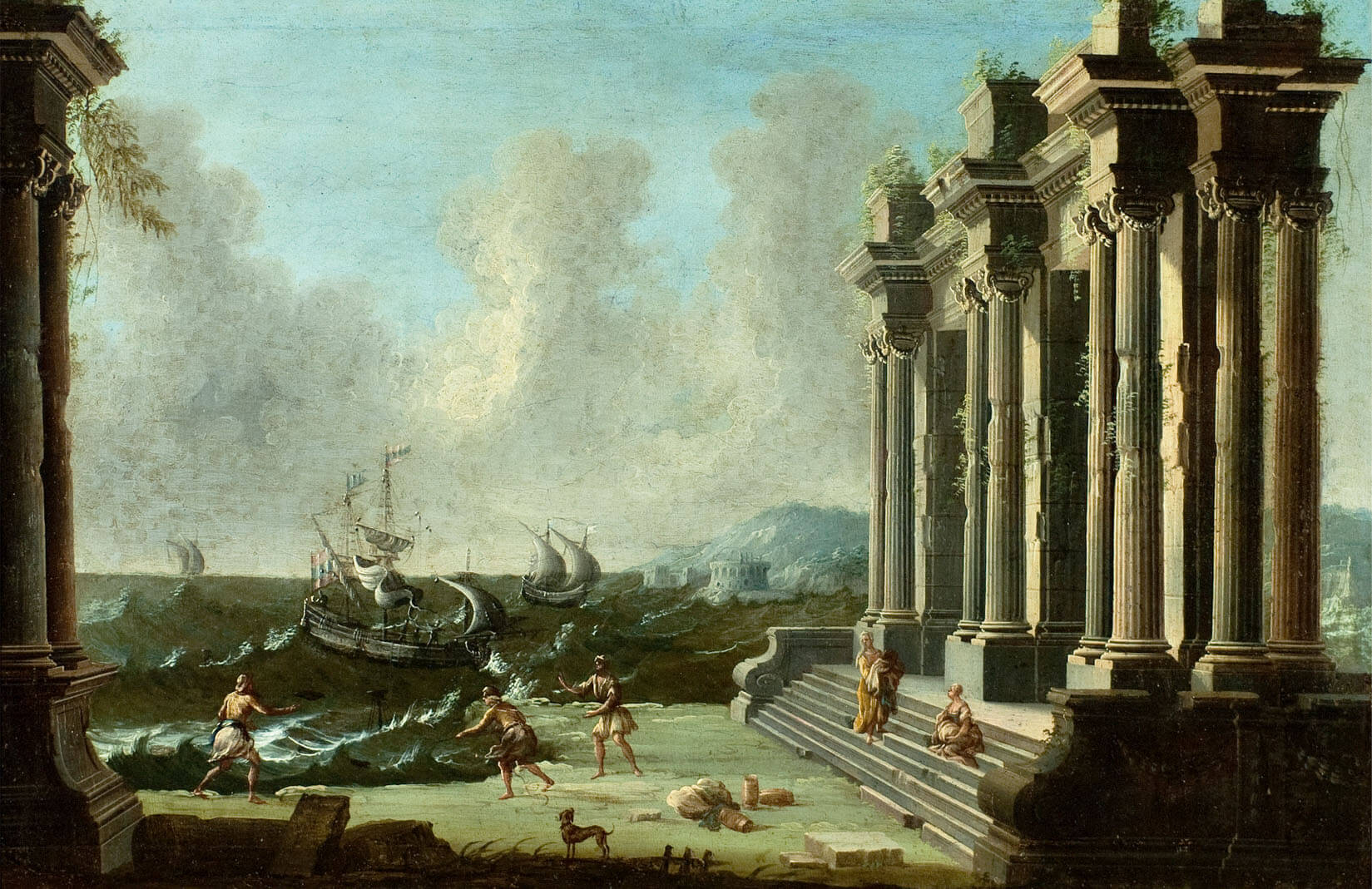