The remarkable achievements of pre-1850 Parisian firms in fashioning very highly-realized models in gilded and dark-patinated bronze, of several of the city’s and country’s most noted monuments – the Colonnes Vendome and de Juillet, the Luxor Obelisk, and cathedrals of Notre Dame, Rheims, and Rouen – led directly to a new trade in the century’s second half, making remarkably–detailed, again in bronze, miniature monument souvenirs for tourists.

The subjects of these models are unsurprising, and include many of Paris’ classicizing monuments. This large, carefully-wrought, dark-patinated bronze model of the Arc de Triomphe – a landmark patterned on the ancient Roman Arch of Titus – was cast by Le Blanc Frères, and set on a French slate base. Le Blanc was the most prolific, and among the most skilled, of the Parisian firms making these architectural souvenirs. For Le Blanc, as for all other makers, these models represented just a small portion of their overall trade. The 1859 Annuares et almanaches du commerce describes the company’s wares across a wide range of cast bronze, decorative “objets d’art.”

The firm’s souvenir models of the Arc de Triomphe were cast in a wide range of sizes, the most impressive is two feet tall, though the great majority are just a few inches. The outsized replicas, including the offered example, are scarce.

Like most middle 19th century bronze models of the Arc de Triomphe, the roof of ours is hinged to the back, and may be lifted. Inside is a red velvet-lined box, offering safekeeping for small objects. 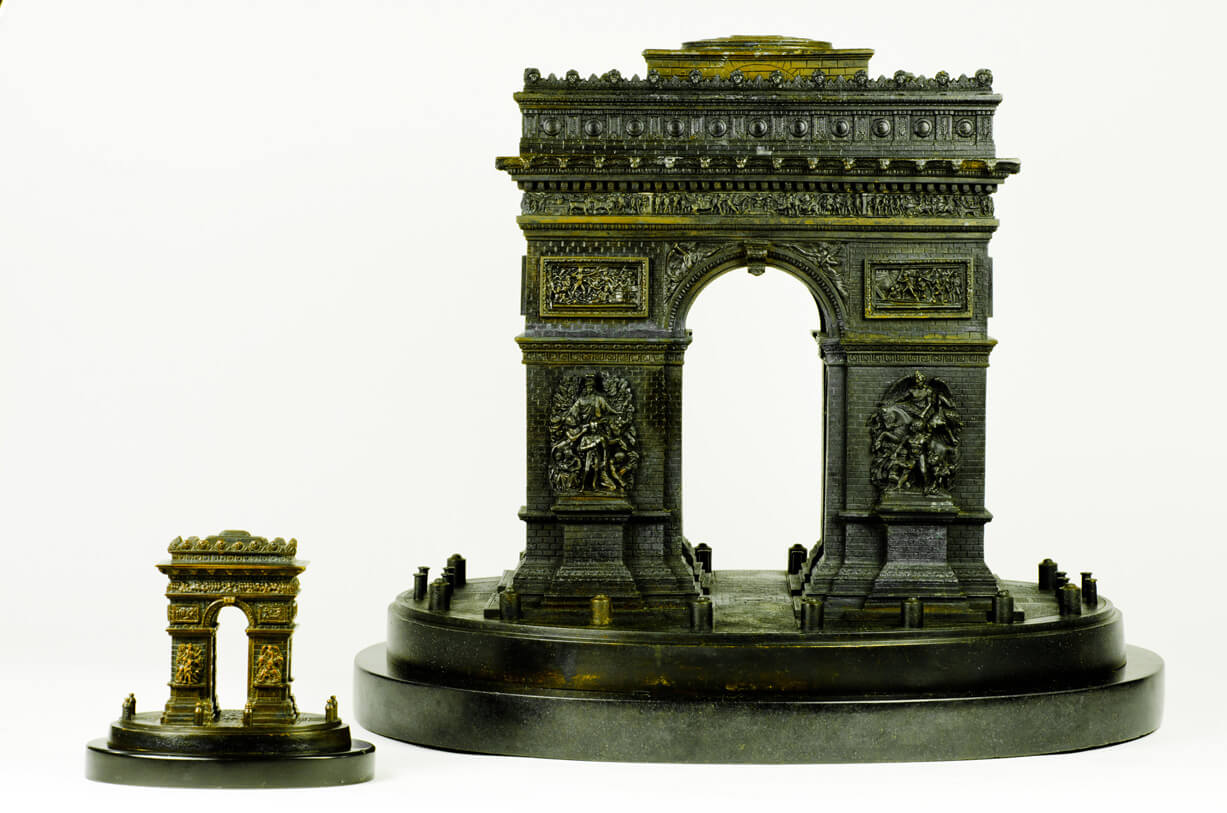 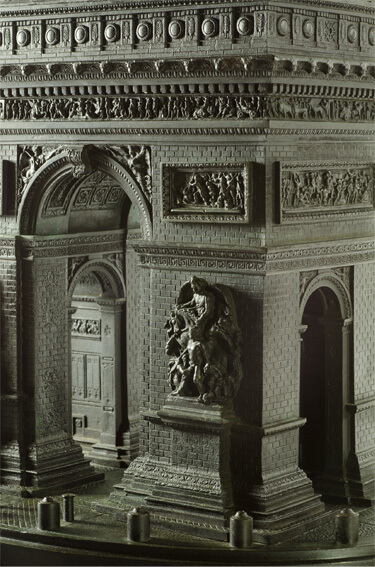 Right:  The Le Blanc Freres’ Arc de Triomphes are substantial, detailed, and a triumph of bronze casting, even in the smallest sizes.

Left: This large replica of the Arc de Triomphe captures every variation in finish, every sculptural panel and relief, of the Arc’s elaborate decorative program.